ST. PETERSBURG, Fla. - St. Pete’s chief of police says he wants the recent protests to continue -- just not in the city’s streets.

“We want to see people continue to protest but in a safe manner,” said Chief Anthony Holloway.

Police say they’ll hand out flyers to warn and at the end of this week will start to write citations that carry a $62.50 fine.

The killing of George Floyd in late May brought weeks of nationwide protests, calling for the end of racial injustice and over-policing.

As far as marching in St. Pete's streets, Chief Holloway pointed to an incident in Seattle over the weekend where one protester was killed and another injured after a car barreled through a crowd. 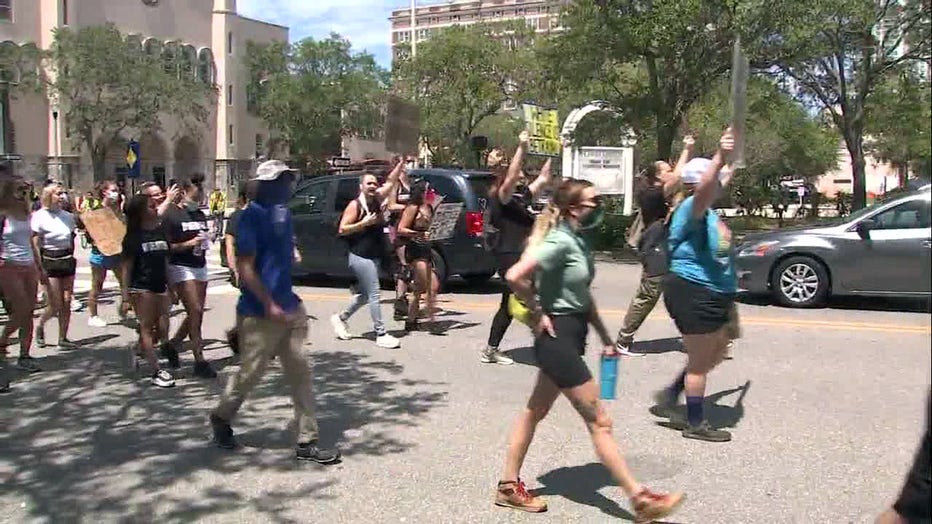 Protesters in St. Pete say they’ve been peaceful and have happily moved out of the way of emergency vehicles.

“This is an escalation of force against us even though we are peaceful,” said Raheem Fitzgerald, a protester who says he’s marched practically every day.

Fitzgerald says the people who say they are “inconvenienced” aren’t getting the message about racial injustice and police brutality in America.

“These people are more worried about turning left or right than they are about people’s rights becoming infringed upon,” Fitzgerald said.

Still, Chief Holloway says that message must be moved out of traffic by the end of the week.