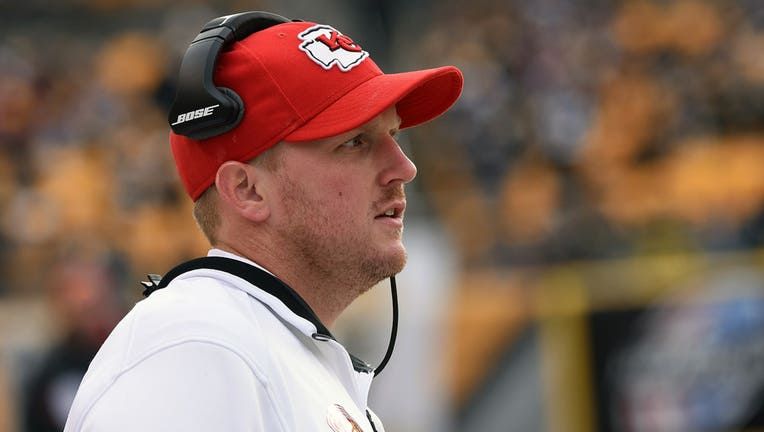 TAMPA, Fla. - Kansas City Chiefs coach Andy Reid said Sunday night that his "heart bleeds" for those injured in a car crash involving his son, assistant coach Britt Reid, that left two children with injuries, and one of them hospitalized in critical condition.

The crash occurred Thursday night, two days before the Chiefs were due to leave for the Super Bowl in Tampa, Florida. A vehicle had run out of gas on a highway entrance ramp and another vehicle had parked nearby to assist when the younger Reid’s pickup truck struck the left front of the first car before hitting the rear of the second car.

The two children, ages 5 and 4, were in the second car and taken to the hospital. The 5-year-old girl remained in critical condition Sunday night, and a GoFundMe account set up for her family had already raised more than $275,000 by the time the Chiefs had lost 31-9 to the Tampa Bay Buccaneers in the championship game. As of Monday afternoon, over $350,000 has been donated.

"My heart goes out to all those that were involved in the accident, in particular the little girl who is fighting for her life," Andy Reid said. "I can’t comment any more than what I am here, so the questions that you have, I’m going to have to turn those down at this time. But just from a human standpoint, man, my heart bleeds for everyone involved in that."

The 35-year-old Britt Reid, who coaches outside linebackers, did not travel to the Super Bowl.

The younger Reid told police he had "two or three drinks" and had a prescription for Adderall when the accident occurred, according to a search warrant filed late Thursday night. 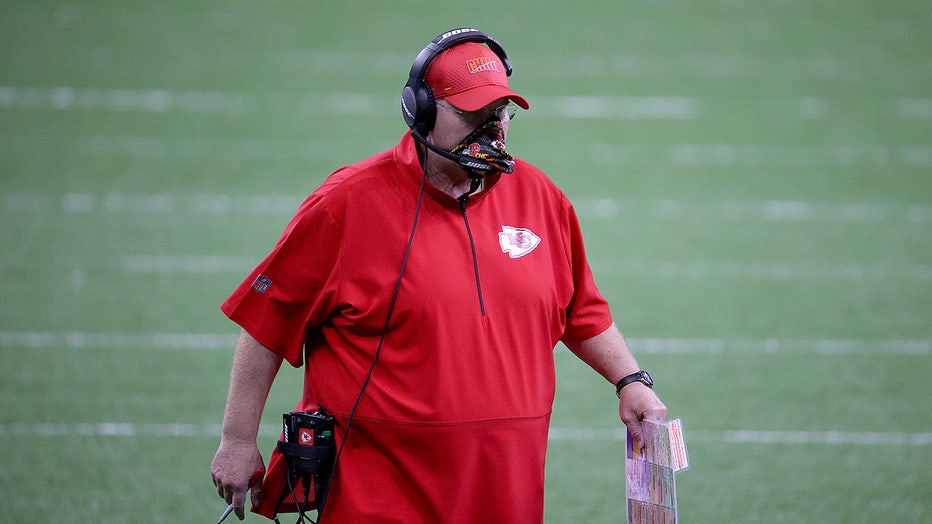 Head coach Andy Reid of the Kansas City Chiefs walks on the field to tend to a player injury against the New Orleans Saints during the fourth quarter in the game at Mercedes-Benz Superdome on December 20, 2020 in New Orleans, Louisiana. (Photo by Chr

A police spokeswoman said an investigation into whether Reid was impaired before the accident could take several days to complete.

"I mean, it was a tragic situation all the way around," said Chiefs quarterback Patrick Mahomes, who had one of the worst games of his NFL career in the Super Bowl. "You’re just praying for everyone that was involved."

Britt Reid has been in legal trouble several times.

He was arrested in January 2007 in Pennsylvania a road-rage incident in which he pointed a gun at another driver, and he was sentenced to up to 23 months in jail and five years of probation after pleading guilty to charges of carrying an unlicensed firearm, simple assault, possession of a controlled substance and possession of an instrument of crime.

Seven months later, Reid was arrested and charged with driving under the influence, possession of a controlled substance and possession of drug paraphernalia. He pleaded guilty and was sentenced to up to six months in jail.

Reid appeared to get his life on track, beginning his coaching career as an intern for his father with the Eagles in 2009. He spent the next two years as a graduate assistant at Temple, his alma mater, before joining the staff in Kansas City.

His father refused to say the traffic accident near Arrowhead Stadium last week had anything to do with the outcome of the Super Bowl, though Mahomes acknowledged the entire situation left the team a bit deflated.

"It’s hard to put it into words," Mahomes said. "Guys were still ready to go. It’s still a very tragic situation and you want to keep that in the back of your mind, and you give prayers to the family involved. I don’t want to say it affected us on the field. They beat us. There’s no excuse on that. But you’re definitely praying for those families."