KANSAS CITY, Mo. - A 5-year-old child seriously hurt in a crash involving Kansas City Chiefs coach Britt Reid was in "critical condition and hasn’t woken since the crash," according to family.

A relative of the young girl, identified in a GoFundMe as Ariel, gave the update days after Reid was involved in a multicar crash. Two children were injured in the wreck that took place near Arrowhead Stadium on Thursday night, but it was the 5-year-old who was left with serious injuries.

"Ariel, 5 years old, suffered swelling in and bleeding in and around the brain. She is in critical condition and hasn’t woken since the crash," the GoFundMe page read.

"Ariel will be in the hospital for the foreseeable future, this is set up for the hospital bills and weeks of missed work that will come. No child deserves to go through this, nor should any mother have to see her child like this."

The fund was set up to help cover medical expenses and has raised nearly $150,000 as of Sunday.

Reid, the Chiefs’ outside linebackers coach and son of head coach Andy Reid, did not make the trip to Tampa, Fla., with the team as the organization investigates the crash.

Reid, 35, was under investigation for driving impaired in Kansas City, Mo. after police say he was involved in a multi-car crash near Arrowhead Stadium, FOX4 KC reported.

The station obtained police documents that matched the details of the crash. The documents say that Reid told police he was driving a pickup truck involved in the crash and told an officer he had between two and three drinks and was on a prescription for Adderall. The station reported that no names were identified in the police report.

The crash took place near the southbound ramp of I-435, according to FOX4 KC. A driver in a Chevrolet Impala ran out of gas and on the ramp called for help, police said. The police report stated the hazard lights were flashing, but the car’s battery was starting to die when a family arrived in a Chevrolet Traverse and parked near them with their headlights on. 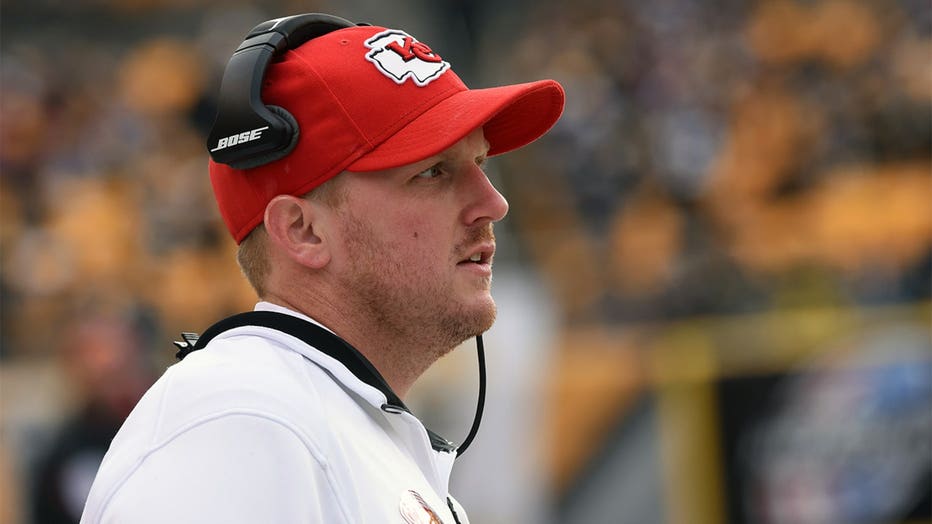 The station reported, citing the crash documents, that a white Dodge pickup truck was traveling south on the ramp to get to the interstate when the driver struck the Impala and hit the Traverse from behind.

The Impala driver was inside the car at the time of the crash and was not hurt and two adults in the Traverse were not hurt either, according to the station.

It didn't appear Reid was injured in the crash.

Reid joined the Chiefs in 2013 as a defensive assistant and worked his way through the ranks to become the outside linebackers coach in 2019.