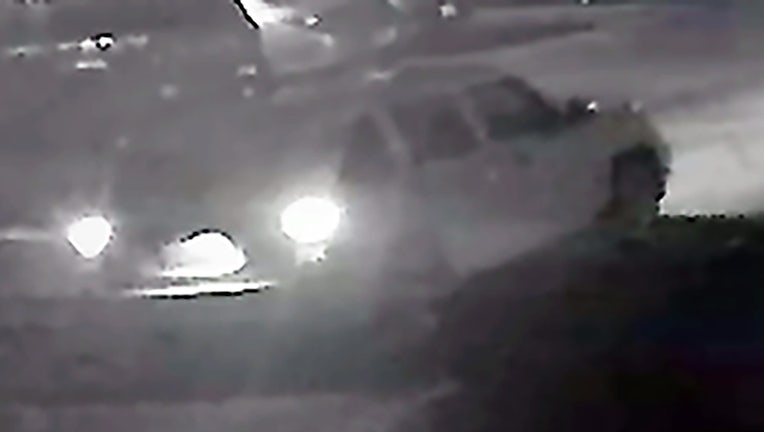 Police released this surveillance image of the suspect vehicle.

TEMPLE TERRACE, Fla. - Police in Temple Terrace are looking for information after two shootings Tuesday night, one of which left a child hospitalized.

According to police, it was just after 9:30 p.m. when they were called to the area of Grove Hill Road and Shirley Drive. A caller had reported that someone fired “several rounds” before driving off in a vehicle.

Then, around 11:15, there was another report of a shooting along Boardwalk Trail Drive. A caller reported that someone had fired into the apartment and a child had been hit. The girl was taken to Tampa General Hospital and was stable as of last word; no other details were available.

Detectives now say they are searching for a white late-model Jeep that may have been involved in both shootings. Anyone with information is asked to call TTPD at (813) 989-7110.