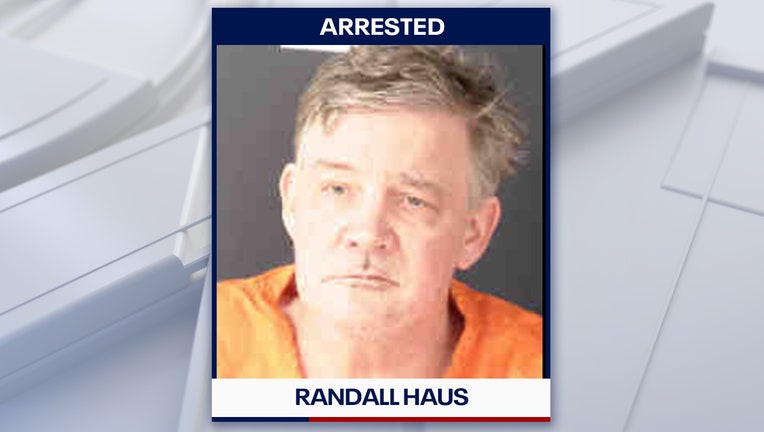 Police in Sarasota said they received a call from Venice detectives for assistance in a child pornography case. Venice police said the suspect, Randall Haus, was at a facility in their city but resided in Sarasota. An employee at the facility called the Venice Police Department to report suspected child pornography on Haus' tablet.

During an interview, Haus admitted he had the imagery on his tablet and that more were saved on DVDs and his computer at his Sarasota home.

Sarasota police also interviewed Haus, who admitted to possessing child pornography. During this interview, police said he confessed to touching two young boys between 1990 and 1991.

According to his arrest affidavit, he admitted to touching the genitals of one child while inside a closet and touching the second child in his vehicle while bringing the boy home from church.

"Randall said he hasn't seen either family in years," the report stated.

One of the Sarasota detectives spoke to the suspect's mother in an attempt to locate the victims, investigators said. On the following day, the detective contacted one of the victims.

The victim relayed his version of what occurred and decided to move forward on pressing charges of capital sexual battery against Haus.