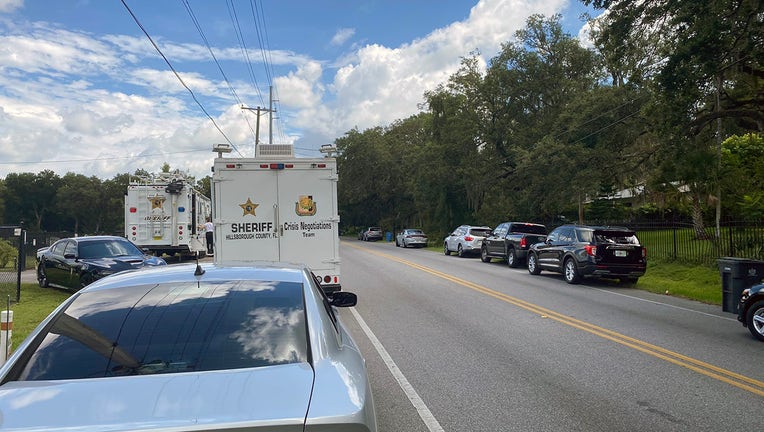 SEFFNER, Fla. - A 12-year-old boy was rescued from an alleged hostage situation in Hillsborough County Tuesday afternoon, according to deputies.

The child had been held for hours by his mother, who was "in a state of crisis."

Deputies with the Hillsborough County Sheriff's Office were called to the 500 block of County Road 579 in Seffner just after 8 a.m. to help the woman who was threatening to harm herself and would not let her son out of the house.

Crisis negotiators talked to the woman and eventually got her to let her son out of the house. He was uninjured, deputies said.

The woman came out of the home and was taken into custody under the Baker Act.