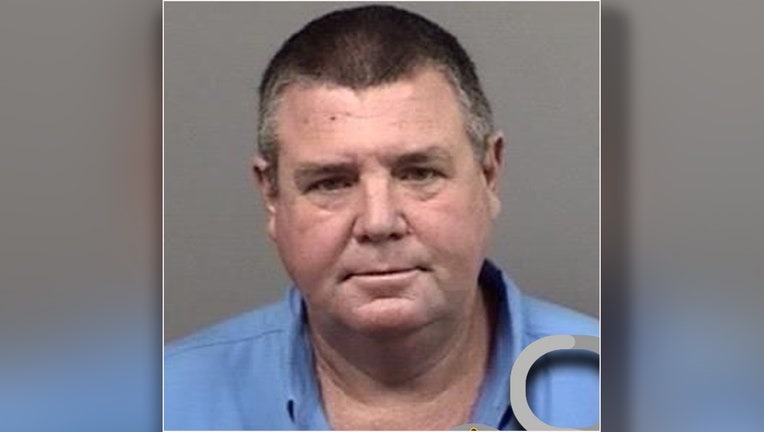 According to the Citrus County Sheriff’s Office, it received multiple complaints regarding the conditions at Out of the Box Animal Rescue. During the initial investigation in November 2020, Schweickert was cited and found guilty of keeping dogs in kennels that were less than 80 sq. ft., which is required in Citrus County, and was given ten days to correct the issue.

CCSO says Schweickert did not comply and when a deputy arrived on January 12 for a court-ordered inspection, Schweickert did not show up on time. While waiting for Schweickert to arrive, deputies were able to gather evidence showing several violations from the outside fenced area of the rescue. When he did arrive at the animal rescue, Schweickert would not let deputies inside to inspect, according to CCSO.

The evidence collected, along with Schweickert’s refusal to cooperate, was enough for the state attorney to issue a warrant for his arrest. Deputies say he was taken into custody without incident and they began to inspect the property.

During the inspection, they discovered dogs locked inside bathrooms with no windows or lights, with urine-covered floors. Deputies say one dog was found living in an old walk-in freezer type unit that doubled as a storage room. The unit was similar to the box of a moving van - completely metal, no windows, no electricity, and no ventilation. The door to the unit was closed and locked with the animal inside, according to CCSO.

Several kennels, which did not meet the county requirements were left outside in the elements with no coverage while other small kennels were found with corrugated roofs and tarps wrapped around the entire kennel - drastically restricting the airflow to the animal, and kennels with wood or particleboard floors that were urine saturated, rotten, with large holes gaping open.

Several dogs need medical care and were infested with fleas.

A total of 43 dogs, three hens, and one pig were removed from the property and taken to the Citrus County Animal Shelter.

Citrus County Fire Rescue's Hazmat Unit responded to take air quality readings for case evidence.  The firefighter who took the readings attempted to enter without protective gear but had to come back out and put on Tyvek and full breathing gear due to the levels of ammonia in the buildings, according to CCSO.

Anyone who suspects animal cruelty, abuse or neglect in Citrus County is asked to call at (352)249-2790.