TAMPA, Fla. - In the largest coronavirus outbreak outside of mainland China, Japanese health officials confirmed 39 new cases Tuesday onboard a cruise ship where a Citrus County couple remains trapped in a quarantine.

The couple is on their eighth day of a quarantine onboard the Diamond Princess Cruise ship off the coast of Yokohama.

“We just heard it over the loud speaker from the captain that there are 38 new cases,” said Courter.

The Japanese Health Ministry says 38 passengers and one quarantine official tested positive for the virus. Princess Cruises said that brings the total of infected people who were onboard to at least 174 out of 3,700 people.

“Whatever they thought they were doing in terms of a quarantine is a serious problem,” said Courter.

Methods to contain the virus onboard may be changing. As they listened to updates from the captain, Courter told FOX 13 they believe health officials are realizing the most vulnerable should be evacuated.

They saw medical workers tenting off charter buses and ambulances coming in and out of the port Tuesday.

“They took people off; I believe prioritizing people in their 90s, in their 80s and other people with vulnerabilities because of preexisting conditions. And these are people who are healthy,” said Courter. 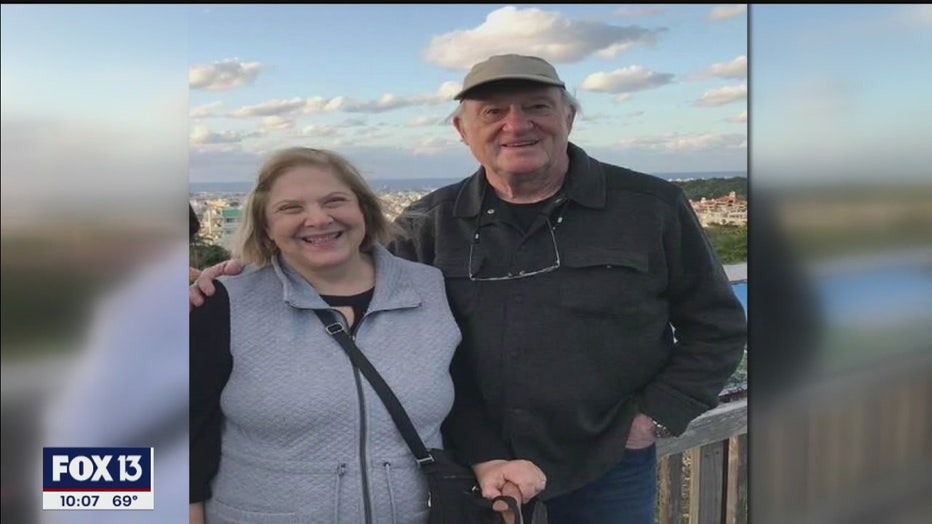 While Gay and her husband Phil said they remain healthy, they fear the longer they stay on the ship, the more vulnerable they become.

“In 50 years of marriage, we’ve never been separated in any illness or family emergency and supporting each other has been vital. But if one of us gets sick, that person will be separated from us and taken somewhere in Japan,” she said.

There are seven more days left in the quarantine that ends on February 19.

Princess Cruises said they are working to confirm the nationalities of the people in the new cases.