Aboard the quarantined cruise ship

TAMPA, Fla. - With each day of isolation, the frustration for Gay Courter grows.

"We're doing our part and we're following the rules, but we don't belong here," Courter told FOX 13 via Skype.

Gay, her husband Phil, and thousands of other passengers have been quarantined on this Princess Diamond cruise ship since last Monday, as dozens of passengers tested positive for coronavirus. The Citrus County couple was on the cruise with their friends, another couple from Crystal River.

As of Monday, 66 new cases were discovered, bringing the total to around 136. One week into their 14-day long quarantine, there's speculation over whether a new case would mean the quarantine period would start over.

"It’s really about understanding how people are being managed on board," said Dr. Michael Ryan, executive director of the World Health Organization's Health Emergencies Program. "How they are being cohorted into groups. Because if you assign 3,700 people to the same risk group, and there’s a new case, you have to assume the possibility that 3,700 were exposed. That’s not true. But you have to make that assumption."

The World Health Organization says the quarantine period will only be extended beyond February 19th for close contacts of newly confirmed cases. 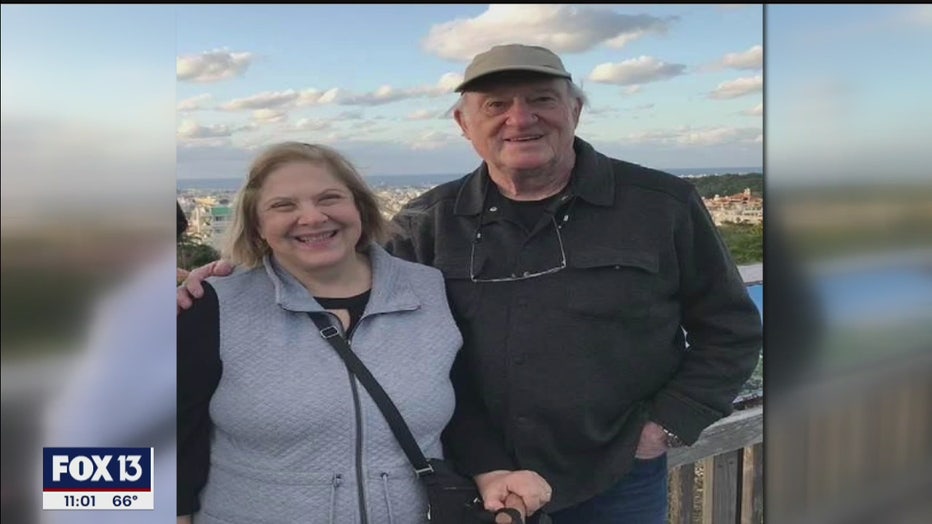 "We are working to ensure that those individuals who were left on the ship are able to get off as quickly as possible," Dr. Ryan said.

Japan is considering testing every person aboard the cruise ship, but so far, Gay says that hasn't happened.

"We haven't been tested," she said. "They've only taken our temp once. We've only had a medical person here on the first day, for 30 seconds. I'm saying, less than a minute."

As each day passes, Gay is growing concerned. She says she's 75 and needs her insulin.

Her husband Phil is 77 and also needs medication.

“We’re a high-risk category,” explained Courter. “We’re 75 and 77. It’s the older people who have been getting sick and dying. Our fear is coming down with the virus. We mingled with people far longer than we should have been allowed to after the first guy got off in Hong Kong and they found a couple of days later that was sick.”