HOMOSASSA, Fla. - The U.S.-Canada border has been shut down to non-essential travel since March of last year. As vaccination rates rise, there is mounting pressure on both governments to release a reopening plan. Now a Tampa Bay area man is joining that fight more than 1,300 miles away, buying television ads on both sides of the border.

"President Biden, Prime Minister Trudeau, my fiancé and I are separated by your closed border; it’s just policy to you but it's prison to us," says one ad.

The ads are now airing on screens in Vancouver, Ottawa and Toronto. The latest push by John Adams in his fight to re-open the border. The Citrus County man owns a home in Canada.

"The last time that we were at our place was in September of 2019, had no idea, as did anybody, what was coming," he said.

Land crossings into Canada have been shut down to non-essential travel since March of last year. It is separating loved ones, costing jobs, hurting businesses, and denying people access to their homes.

"When you’ve got thousands of people who love each other separated. That’s Berlin Wall stuff," said Adams. "But people don’t know the story, so we're here telling the story."

RELATED: Florida COVID-19 hospitalizations at lowest point in more than a year

Last month, Adams launched an ad campaign here in the U.S., footing the production bill and paying his own money for the spots to air 153 times.

"The ads ran in Buffalo, they ran in Detroit and they ran in western Washington; that’s where the three biggest border crossings are," Adams said. 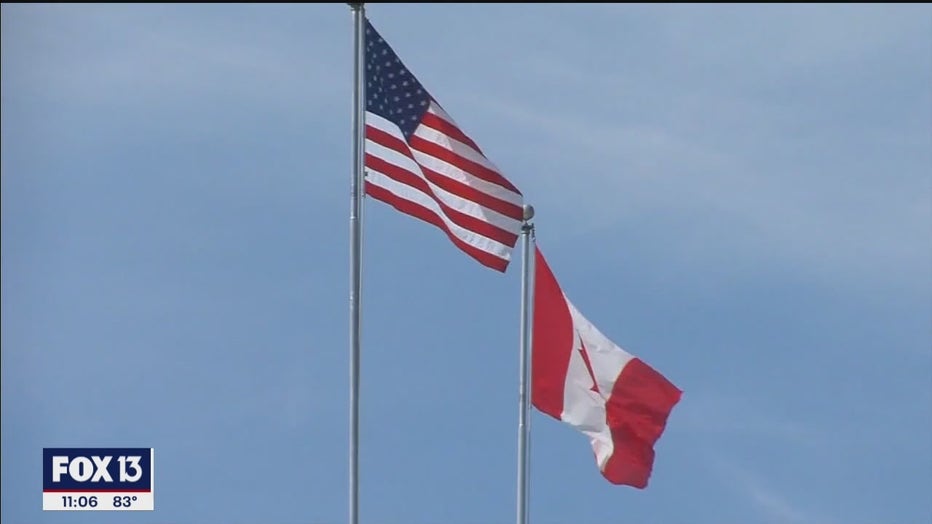 Now the effort is being funded by donations. Adams has raised more than $27,000 online. About $15,000 of that paid for the ads that starting running this week in Canada.

Adams says this time around, he will not pull the ads until the border is back open. He believes it is time to reunite families, allow property owners to visit their homes, and for politicians to stop talking and take action.

"What we’re doing right now we're hitting ‘em hard, we’re telling a story, you gotta change," Adams said. "As soon as they change we have a thank-you ad that we're gonna run."

Adams has a GoFundMe set up to fund his efforts.