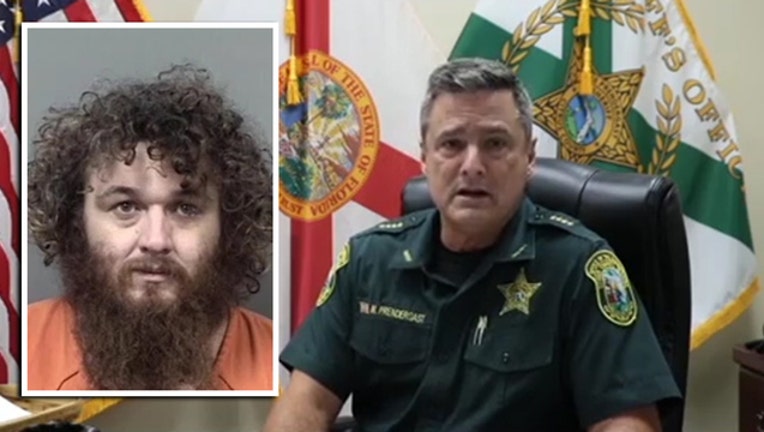 INVERNESS, Fla. - The Citrus County sheriff posted a video Friday evening in an attempt to put the community at ease after it was revealed threats were made by an inmate to "shoot up" Inverness Primary School.

The verbal threats were made allegedly by 34-year-old Ryan Connell to a psychologist and in front of deputies inside the Citrus County jail. The Citrus County School District alerted the community about the threats in a post on Facebook Thursday.

Parents who spoke with FOX 13 News Friday were concerned when they learned Connell would not be charged in connection to the alleged threats.

LINK: Officials: Man will not be charged for threat to "shoot up" Inverness Primary School

"At what point is enough going to be enough? Does he have to carry this out in order for people to believe him? How is this not credible? I don't understand it," said Nicole Merrow, whose three children attend Inverness Primary School. "Whether it's a misdemeanor or a felony, how do you not find something to charge him with? He's threatening children? There's nothing that you can do? I don't believe that."

Friday, Sheriff Mike Prendergast posted a video in which he assured his community Connell did not pose an immediate danger.

"Let me reiterate this fact to you, ladies and gentlemen. At this time, he is unable to carry out the threats because he is in jail," Prendergast said.

Connell is in jail on charges unrelated to the threats. The sheriff said Connell will remain there until going before a judge August 28.

Meanwhile, he said deputies will keep a close watch on Connell.

"When Connell is released from custody, whenever that may be, we will notify the public before his release, and we will closely monitor his activity. Our focus is and always will be on the safety of our children, and we continue our efforts to keep every Citrus County student safe," Prendergast said.