TALLAHASSEE, Fla. - A City of Tampa employee joined the celebrations for Florida’s Emancipation Day in Tallahassee Friday, with a personal connection to the day in history.

On May 20, 1865, enslaved people in Florida found out they were freed, two years after President Abraham Lincoln signed the Emancipation Proclamation. Ocea Wynn’s great-grandfather Henry Clary Thomas was born into slavery and fought in the Civil War, marching with General William Sherman of the Union Army.

"He was with Company H of the 103rd Regiment of the U.S. Colored Troops. So it was really meaningful for me to see how all of this was brought together full force, so that I can have an appreciation of what actually occurred during that time," said Wynn, who is a Florida native and Tampa’s chief diversity officer. "We do know that he was recruited in Georgia, and he ended up in this area [Florida]. But in terms of whether or not he was the part of the team of soldiers who notified the slaves of their freedom, we're still trying to unwrap that piece of our family history."

Wynn watched the Emancipation Day celebrations in Tallahassee at an old cemetery with Civil War reenactors.

"So the day started with the cemetery reenactment. They had children to come and put flowers on the graves, along with the flags," said Wynn. "They had a 21-gun salute as part of the ceremony." 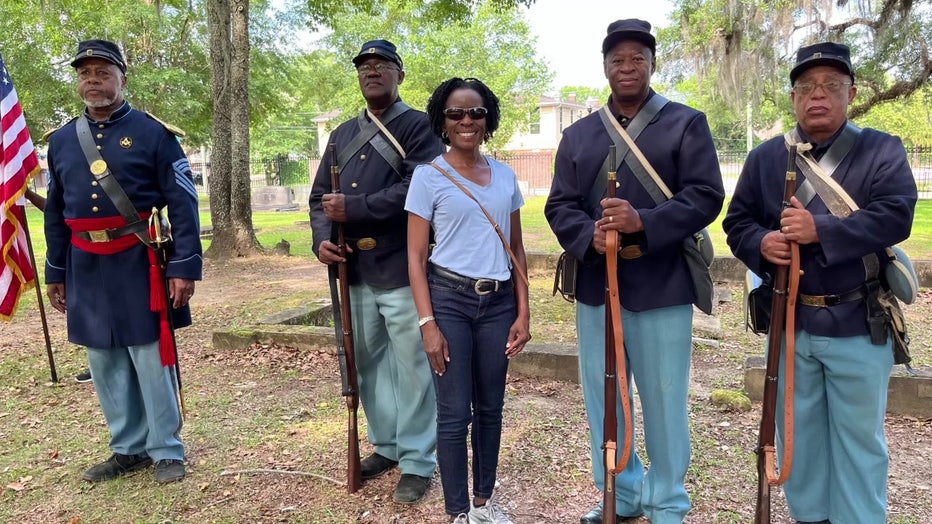 She said her great-grandfather was in the Union Army and marched to Florida the same year enslaved people in the state learned of their freedom.

"He actually joined the army or marched with the Union soldiers when he was 17 years old," said Wynn.

Tampa Bay History Center’s curator of Black history Fred Hearns said central Florida does not widely celebrate May 20 as largely as Leon County, where it’s a paid holiday for City of Tallahassee workers. The history center is holding a Florida Emancipation Day event in Brooksville Saturday at the Chinsegut Hill historic site, and hopes the celebration will become an annual tradition.

"When the Blacks in Florida were liberated, some of the soldiers who came to Tampa and gave them their freedom that day were Black soldiers," said Hearns.

He said their next step was clear.

"When they got their liberation, one of the first things they did was to go throughout the land looking for family members," said Hearns.

Those families lived on as Tampa Bay’s and Florida's future including Wynn's family.

"It just touched me. It was actually brought a tear to my eye to know that my great-grandfather played a role in this," she said. 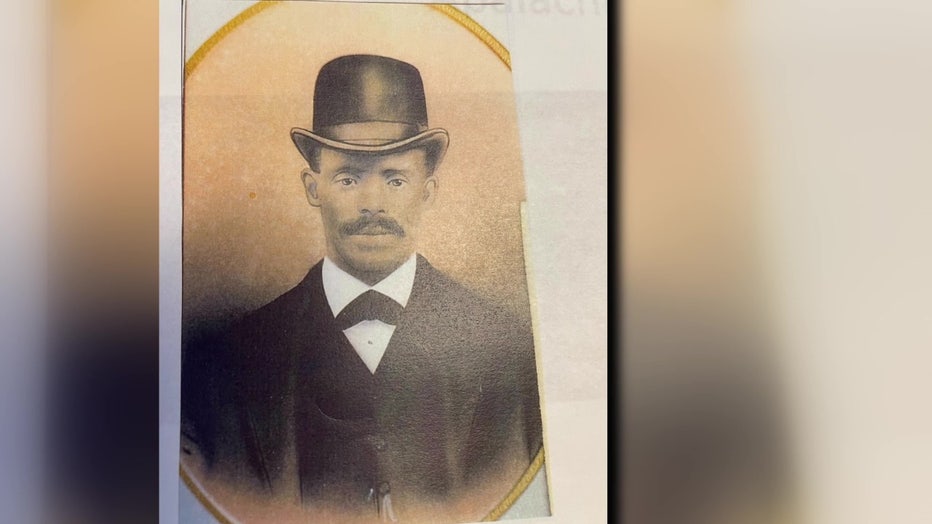 "So as the city's chief diversity officer, it allows me to open my eyes, open my vision to see that, okay, what are those things that we can do to have an acknowledgment of those nuggets in history to make sure that they are not lost," said Wynn.

Florida’s Emancipation Day comes a month before Juneteenth, the national holiday recognizing when all enslaved people in the U.S. were finally freed. On June 19, 1865, enslaved African Americans in Galveston, Texas learned they were emancipated from Union soldiers.