KATHLEEN, Fla. - Classes will be canceled Monday and Tuesday at Kathleen Middle School in Polk County after a tornado ripped part of the roof off the building Friday night.

Officials said the school sustained severe damage from the tornado, which was spawned by Tropical Storm Nestor. In addition to the roof damage, there is three feet of water in the school's basement, according to the Polk County Sheriff's Office.

The school is hoping to reopen Wednesday with portable classrooms. 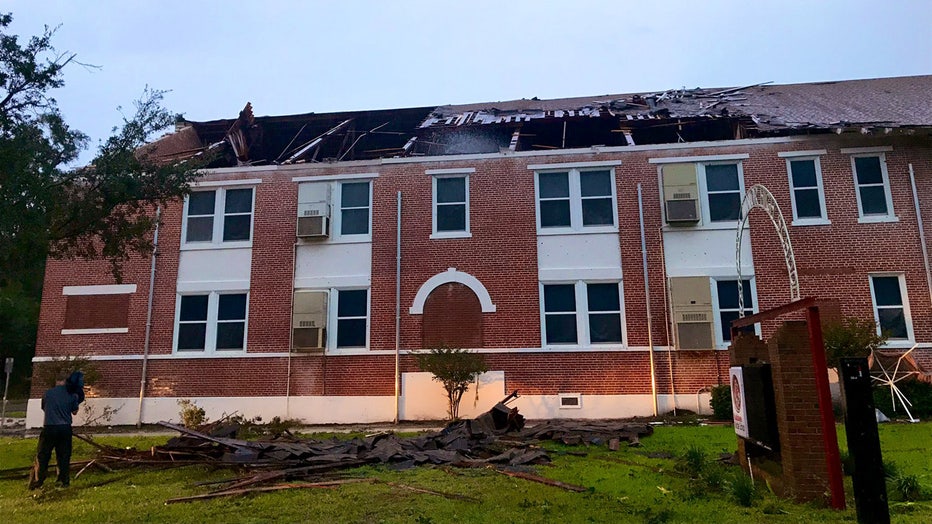 Daylight is giving crews the first daytime look at damage to Kathleen Middle School, where a section of the roof was blown off by what the National Weather Service now confirms was a tornado. Shingles, other pieces of roofing, and even bricks littered the lawn and sidewalks around the school early Saturday, and some trees nearby trees were blown over. 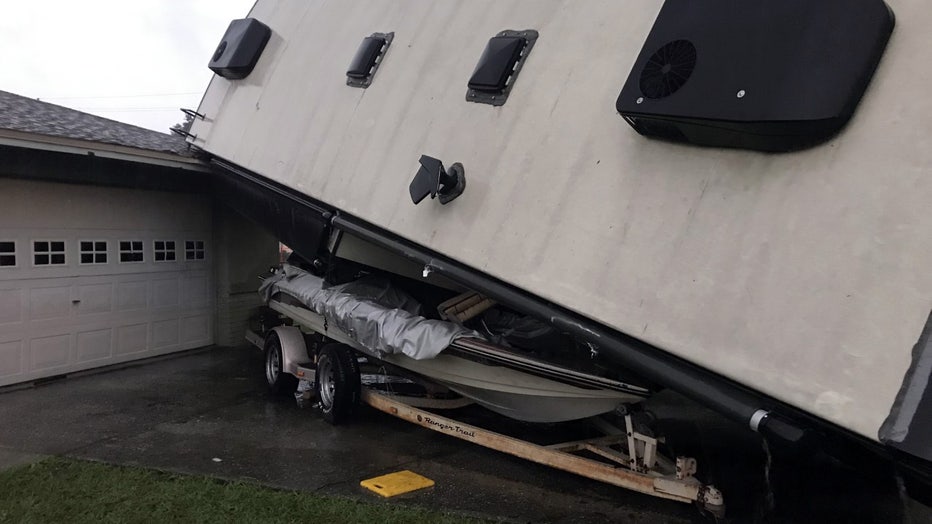 Damage down the street from Kathleen Middle school.

Down the street, some homes also appeared to be damaged. At one home, an RV was blown atop a boat in a driveway.

FOX 13's Jennifer Holton checks in with a quick update on damage in the Kathleen area of Polk County after Friday night's tornado.

Winds also toppled trucks along Interstate 4 and the Polk Parkway late Friday. One tractor-trailer was flipped onto a car carrying a family from Illinois, but the Florida Highway Patrol says no one was hurt. The driver of a second toppled truck was taken to the hospital, though. 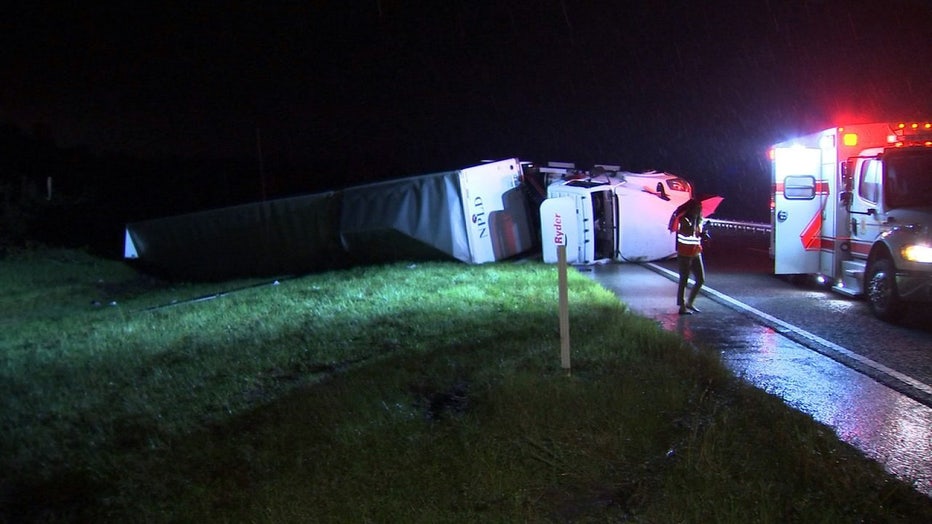 FOX 13 crews in the area report power lines are down throughout the county, and thousands of residents were without power overnight.

Stay with FOX 13 for more throughout the day.