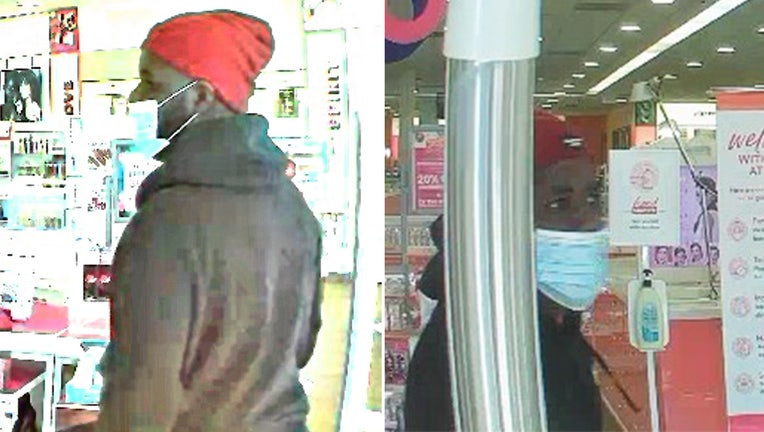 CLEARWATER, Fla. - Police detectives in Clearwater are trying to identify the man who stole 20 bottles of perfume from a store.

Investigators released surveillance images of the suspect who stole $1,000 worth of perfume from the Ulta store located at 2683 Gulf-to-Bay Boulevard. They said he used a black plastic trash bag.

Police said an employee asked him if needed help and the suspect responded by saying, "I guess you’re going to watch me steal then."

He filled the bag with the 20 bottles of perfume and fled. Police said he left in a gray car.

The suspect is described as being 5’10 feet tall and has a medium build. He was seen wearing khaki pants, a black hooded sweatshirt, red shoes, and a red beanie hat.

Anyone with information on his identity or whereabouts is asked to call the Clearwater Police Department at 727-562-4242.