CLEARWATER, Fla. - Early Wednesday morning, Clearwater police said they have recovered the body of the worker who died after Monday's partial stairwell collapse at a parking garage.

Clearwater Police Chief Dan Slaughter identified the 23-year-old Mitchel Klock, who got married earlier this year. He said the Riverview man launched his own company in 2019, M. Klock Welding Services, and was making stairwell repairs.

"He’s a hardworking guy, just trying to care for his family," Chief Slaughter said. "This is going to strain them emotionally and, obviously, financially."

The collapse occurred in the garage adjacent to Tampa Bay Water. Two workers were inside when it took place, and only one made it out safely. Soon after, fire officials said the second worker was likely dead. A large excavator was requested to safely remove the remaining concrete from the top down.

Chief Slaughter said police are still in the early stage of the investigation but provided a rough timeline on the property history,

Back in July, the city's planning and development department received a complaint on July 1. During an initial inspection on July 15, it revealed there was a "concern," and an unsafe structure report was provided to the property manager on July 19.

"It’s not like you show up and say there is an issue that all of a sudden engineers and repair people show up," Slaughter explained. "They have to go through processes to find people that are available to work on those things. That was what was occurring during that time period I just described. The property manager was communicating with our inspection staff. There was no intent that we see at this particular point in time for them not to try to address the problems. At this point, it doesn’t seem like they were just ignoring our conversations. It was moving relatively well." 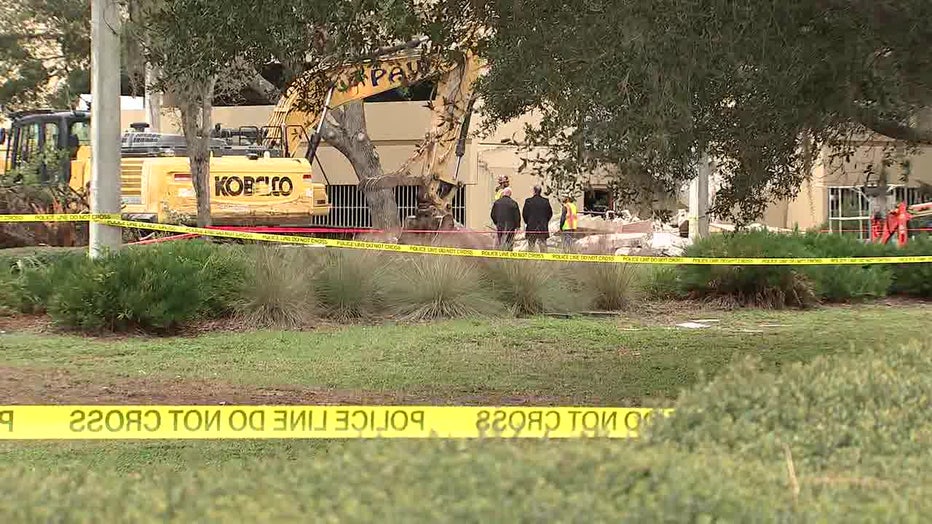 "It will be a complicated case," he added.

READ: Clearwater K-9 retires from police department after six years on the job

The structure report also recommended that an engineer be involved before the work began. At this time, it's unclear who contacted Klock for his services.

"That is something that we will be looking into. I certainly want to make it very clear that I don’t think that Mr. Mitchel Klock deserves to be looked at in a negative light because of that," Chief Slaughter said. "We’re talking about a hardworking man who is just trying to put food on the top. He’s a true American." 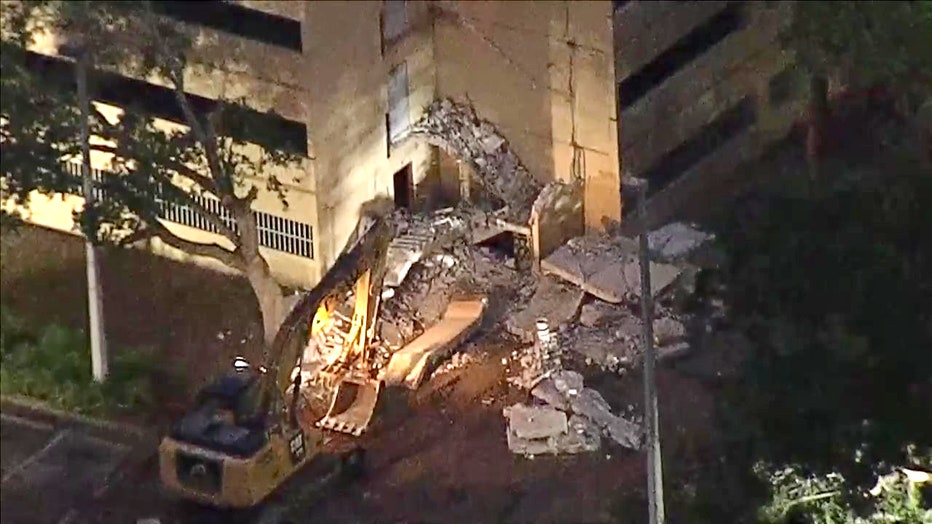 The parking garage is currently uninhabitable and employees in the surrounding businesses won't be allowed in. It's still uncertain whether the damage can be repaired or if the structure will need to be demolished.

OSHA and Clearwater police are still investigating the cause.

After the excavator arrived on Tuesday, Division Chief John Klinefelter said it didn't stop working. He said it looked like the stairwell "pancaked" when the collapse occurred.

Overnight, "we got really close to the victim," he described, then the Pinellas Technical Team stepped in. "They went in and begin hand removing."

"Right around 6:30 this morning," Klinefelter said. "Mitchel was removed from the structure."

He said members of St. Pete Fire Rescue who assisted in the Surfside condo collapse were involved in the recovery efforts.