The US Coast Guard released more than 200 sea turtles into the ocean off the coast of South Florida. The turtles had been found injured during the summer nesting season and recovered at multiple sea turtle hospitals prior to their release.

FORT LAUDERDALE, Fla. - The U.S. Coast Guard released more than 200 sea turtles into the ocean off the coast of South Florida.

"Since the pandemic, we've had a hard time finding volunteers to assist us with sea turtle releases," said Whitney Crowder, the sea turtle rehabilitation coordinator with Gumbo Limbo Nature Center. "But the Coast Guard hasn't said no yet." 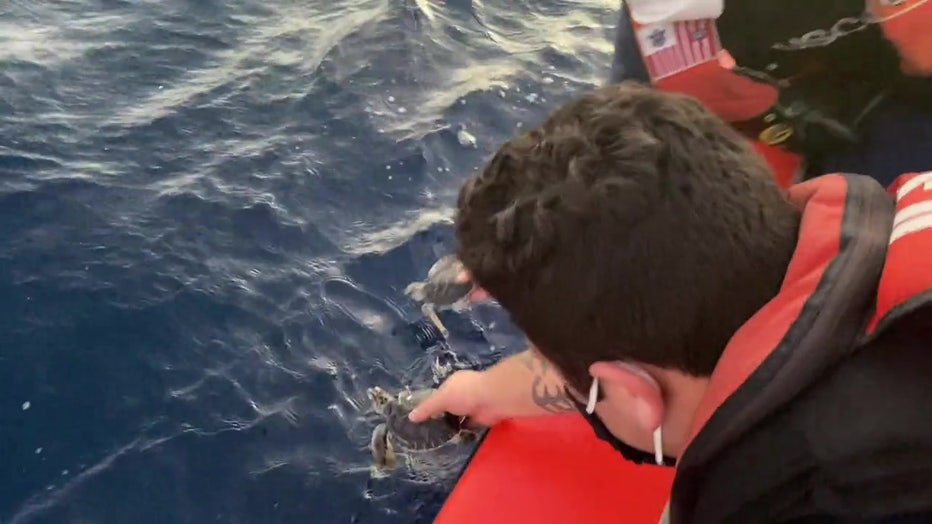 The young turtles were recuperating after being found injured during the summer nesting season.

The juvenile turtles are often emaciated and can have injuries, usually from predators.

"Many of these turtles do not make it due to various obstacles they need to overcome, which is why sea turtles have such large nests," said Crowder. "We are giving them a better chance to become an adult by releasing them offshore and as close to the Gulf Stream and their habitat, as possible." 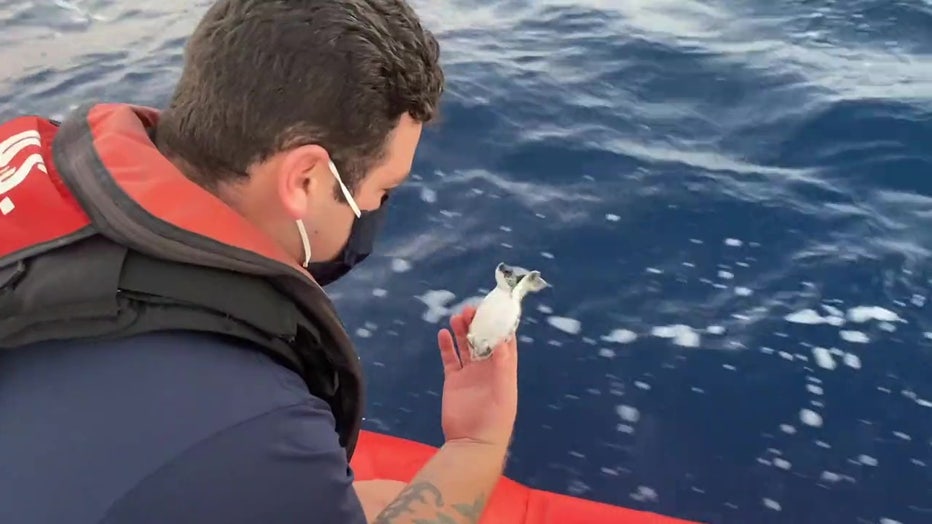