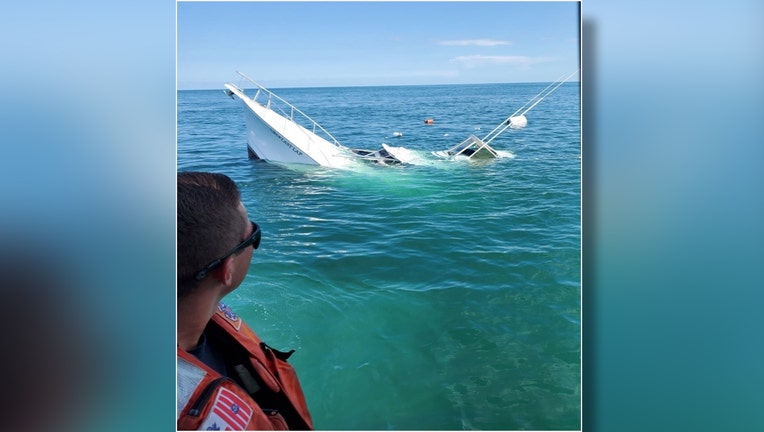 According to the Coast Guard, its St. Petersburg watchstanders got a notification from the ‘Last Lap’ stating they were taking on water near Bean Point.

A 45-foot Coast Guard response boat and a Manatee County Sheriff Office marine unit headed out to the 'Last Lap' and rescued the two boaters from the sinking vessel.

The vessel owner arranged with commercial salvage services for salvage operations, according to the Coast Guard.