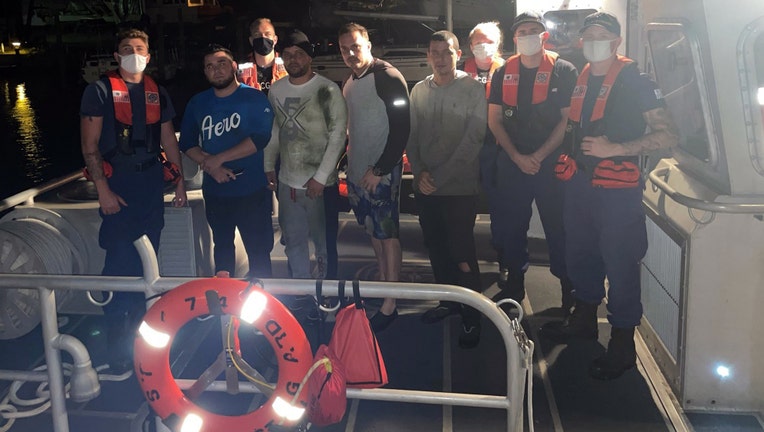 After a Hillsborough County Sheriff’s Office helicopter spotted four people clinging to an overturned boat around 10:45 p.m., a Coast Guard crew from St. Petersburg took the four boaters to Harborage Marina where emergency personnel was waiting.

According to the Coast Guard, its St. Petersburg sector received a report of two red flares from a Tampa Bay pilot boat south of the bridge. Five minutes later, the sector was notified of a Manatee County 911 call reporting a boat taking on water near the bridge.

"It started off as a flare sighting, then a 911 call, which diverted a Hillsborough County helicopter who spotted the mariners so we could pick them up," said Coast Guard Chief Petty Officer Alex Dominicci, the Sector's command duty officer. "It was a great multi-agency response and was well executed."

The four boaters were uninjured and the submerged boat is located outside of the main channel.