CLEARWATER, Fla. - The Coast Guard has remained busy since Hurricane Ian, rescuing hundreds of people in all sorts of dire situations. But, they'll never forget the man they saved in Pine Island Sound.

A rescue team from Air Station Clearwater saved Venice resident David Littlefield as clung desperately to his floundering boat in the middle of the storm. Littlefield got to meet his rescuers Thursday, more than a week later.

Littlefield had a choice to make as Hurricane Ian swept through Southwest Florida. It was a 50/50 shot.

"Based on the best information I had, I decided to try and outrun the storm by going southbound," Littlefield said.

That ill-fated move almost cost him his life. His cell phone died, leaving information on the storm's changing path impossible to know. After anchoring near several other boats, Hurricane Ian barreled in, and his boat was pushed onto its side, blocking exit doors. 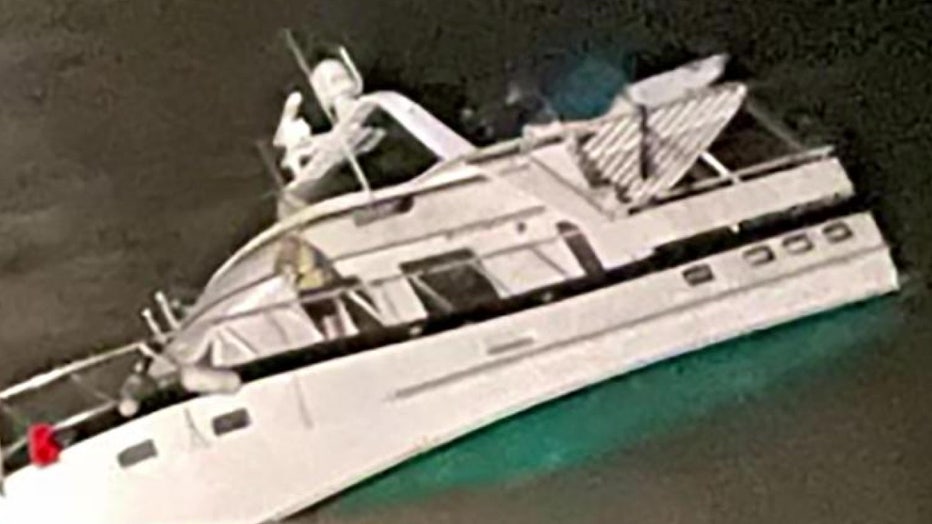 He was able to escape by getting through a window as the eye of the storm came through. But he had nowhere to go after darkness fell. He called mayday and activated an emergency beacon. He was left waiting for rescue or death.

MORE: Which donations will make the biggest impact for Hurricane Ian victims

"I was using some of the cushions. I was using them as a little blanket. I was clinging to them," Littlefield said.

The Coast Guard found his call for help, and they swooped in with their helicopter and picked him up in a lift. Thursday, Littlefield presented them with a plaque and propeller, so they will always remember their lifesaving time together when Hurricane Ian hit. 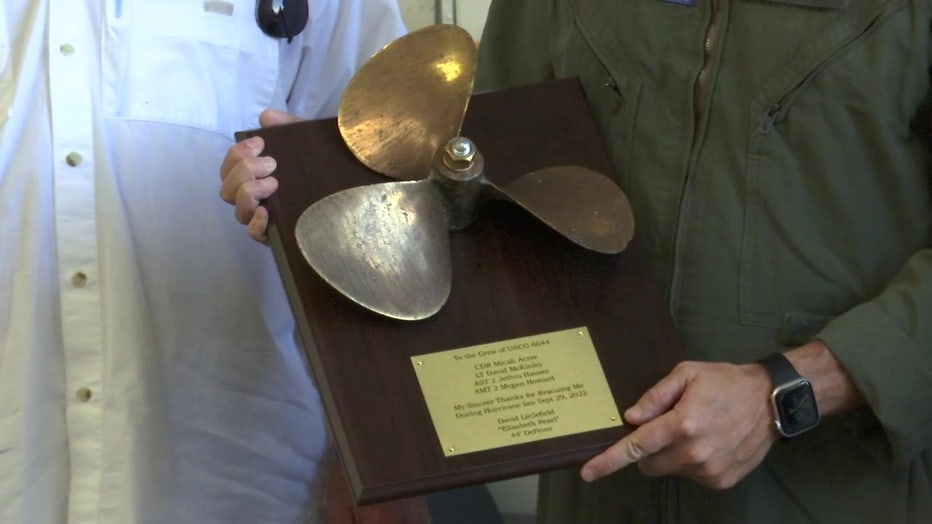 "Most of the time, we pick somebody up, and we take them someplace and drop them off. And then they go get medical treatment and get a ride home, and we never see them again," Micah Acree with the US Coast Guard said. "It is great when somebody comes back. Particularly when they have survived a horrific thing like riding on the back of a small boat through a hurricane."

Littlefield was the 746th person saved by the Coast Guard since Ian hit Florida.