ST. PETERSBURG, Fla. - It’s not a fun job, but somebody has to do it. As the red tide crisis continues to ravage Bay Area waters, city crews and volunteers are working around the clock to keep shorelines clean.

They start their day early and sometimes have to make several stops at the same location to clear any dead fish from the waterway. They say it’s an uphill battle.

Sunday morning, workers were out at Coffee Pot Park yet again. One worker told FOX 13 that today marks his 18th day in a row that he's spent at the park pulling dead fish from the water.

It’s a tedious job. However, at places like Coffee Pot Park, their hard work seems to be paying off as residents told FOX 13 they can see and smell a difference.

While the waters are still murky, one resident shared the photos below with FOX 13 of what the water looked like just a few days ago, adding that she see improvement thanks to city workers and people in the community like Thomas Cooper. 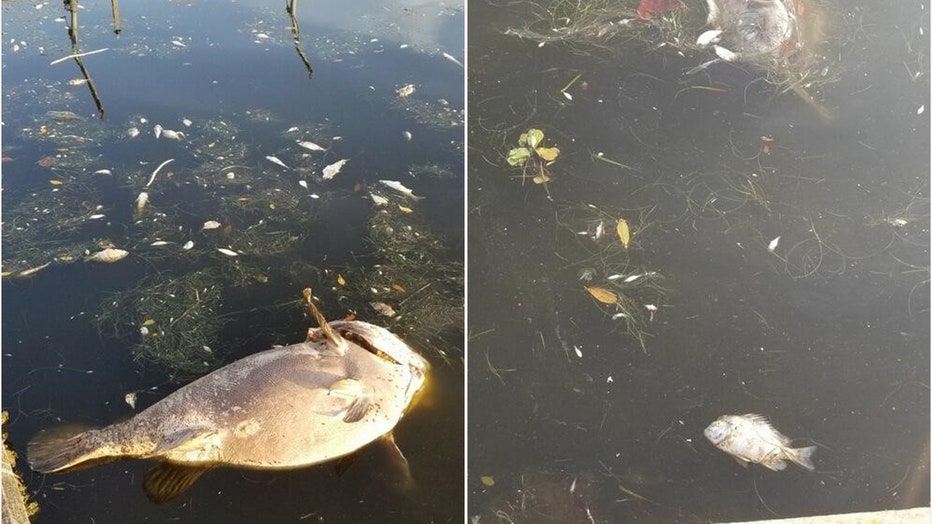 "I’ve seen a lot of catfish, a lot of mullet and some good fish too. It’s just not fun, and you got to breathe it," said Cooper, who has spent the past two weeks scooping dead fish up from St. Petersburg’s waterways trying to keep his community clean.

"I’ve got about 10 to 12 bags of fish in two days. And there was a lot that the other people are picking up," said Cooper. "So the city people, I condemn them for doing all that work." 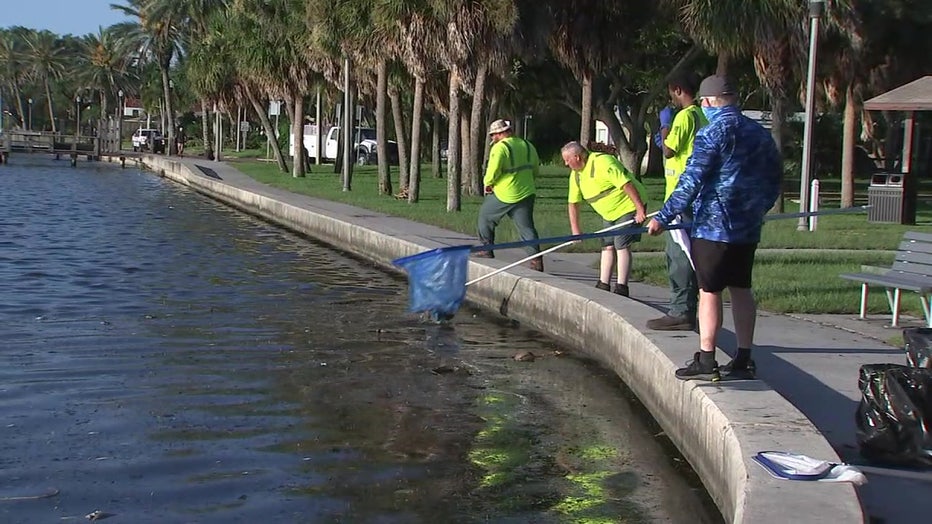 While Coffee Pot Park may look a little cleaner, the red tide crisis continues, causing impacts on tourism, local wildlife and even some people’s livelihood.

The city of St. Petersburg is now calling on Governor Ron DeSantis for help.