Around the city of Tampa, colorful crosswalks are popping up to get a driver's attention and to help bring pedestrian-vehicle accidents down.

TAMPA, Fla. - As Broward Elementary students headed to campus on their first day of school, many were greeted with a brightly-painted path as their crosswalk.

On Monday morning, school campuses reopened for in-person learning, and Tampa mayor Jane Castor used the opportunity to unveil the city's fifth crosswalk to get a makeover. 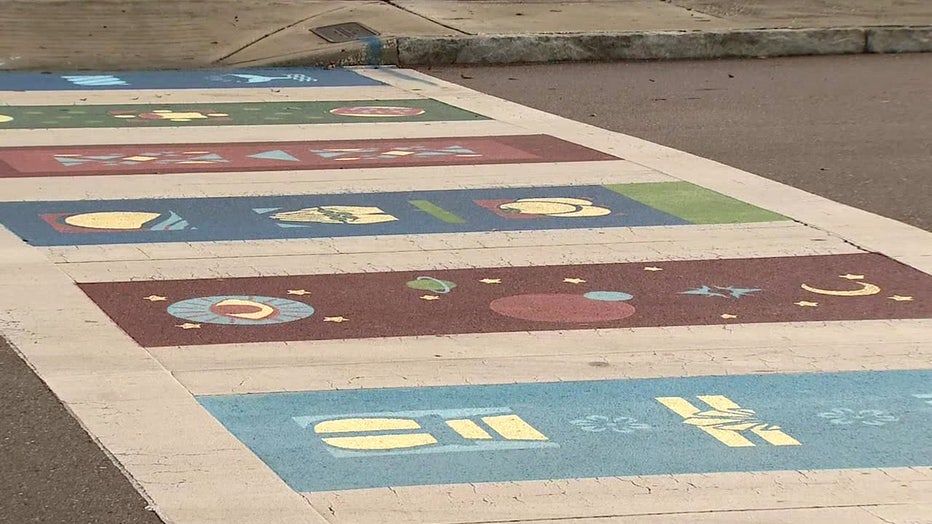 The street mural features the book binders of classic titles.

"We are trying to bring pedestrian-vehicle and bicycle fatalities down to zero in the city," Castor explained during an interview on Good Day. "What we came up with was a great way to get the drivers' attention by painting crosswalks very colorfully, and also for the kids. Just to give them an exciting path, especially on their first day of school."

The first colorful crosswalk was unveiled in November at Rampello Magnet School.