Like many South Hillsborough County residents, Mark Pelham is fed up with ongoing construction and traffic.

WIMAUMA, Fla. - After moving into what he thought would be his retirement home, Mark Pelham is ready to put up a "for sale" sign.

Pelham's Ruskin, Florida home overlooks a peaceful, private lake and, up until three days ago, hanging out by the pool was his favorite pastime.

"Now I get to see a subdivision and listen to dump trucks and bulldozers all day long," said Pelham as he pointed at the newly-cleared plot of land just a stone's throw away.

Like many South Hillsborough County residents, Pelham is fed up with ongoing construction and traffic.

"There's just too much going on," he said. "The roads can't handle it. The traffic is getting worse."

In response, county leaders are vowing to take a step back in an effort to address concerns about the rapid pace of development.

"We do have to grow responsibly," said Commissioner Stacy White.

The county is finalizing its plans for a 9-month-long moratorium on new projects in Wimauma and Balm. According to White, applications for major residential projects aren't being accepted. 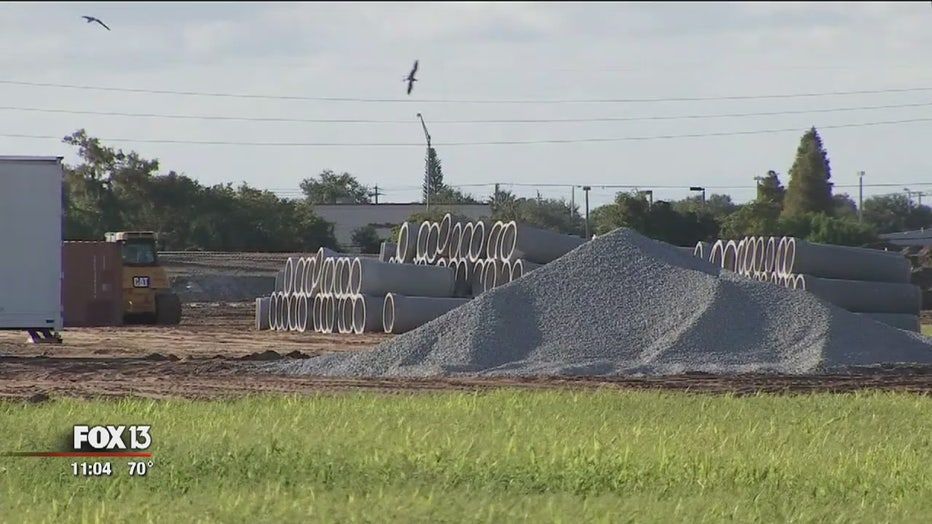 "For all intents and purposes, the moratorium is in effect," said White.

Although it won't mean a complete stop on development in other areas, like where Pelham lives, White believes the effects of the moratorium will be widespread.

"Decisions made in Balm and Wimauma can impact communities like Ruskin, Apollo Beach, even Riverview," said White.

With more controlled growth in southern regions, White argues traffic will ease up on major roadways like Interstate 75 and FL 674.

White also pointed out the county has invested $800 million over the past 10 years in roadway improvement projects and is currently working with FDOT on widening Big Bend Road.

"We're just taking really big steps and we're getting there, but we have a lot of catching up to do, frankly, from decades of unmitigated urban sprawl," said White.

But for some residents, the damage is already done.

"We're getting ready to find somewhere else to live," said Pelham.