Bay Area athlete on mission to protect others from concussion

TAMPA, Fla. - The FDA has approved a new device that may reduce the risk of concussion and a student athlete in the Bay Area has made it her mission to spread the word.

Laney Higgins is a senior at Carrollwood Day School in Tampa. At 5-foot-3, she’s the shortest player on her volleyball team, but that’s never stopped her. She’s a defensive stand out with plans to play in college.

"I’m definitely very aggressive and my speed makes up for my height," she laughed.

But Laney was nearly sidelined in her sophomore year by a series of concussions after she was hit with a volleyball.

"It can happen in any sport," says Dr. Dusty Marie Narducci, of USF-TGH Health. "You don’t even have to have a contact injury to have a concussion." 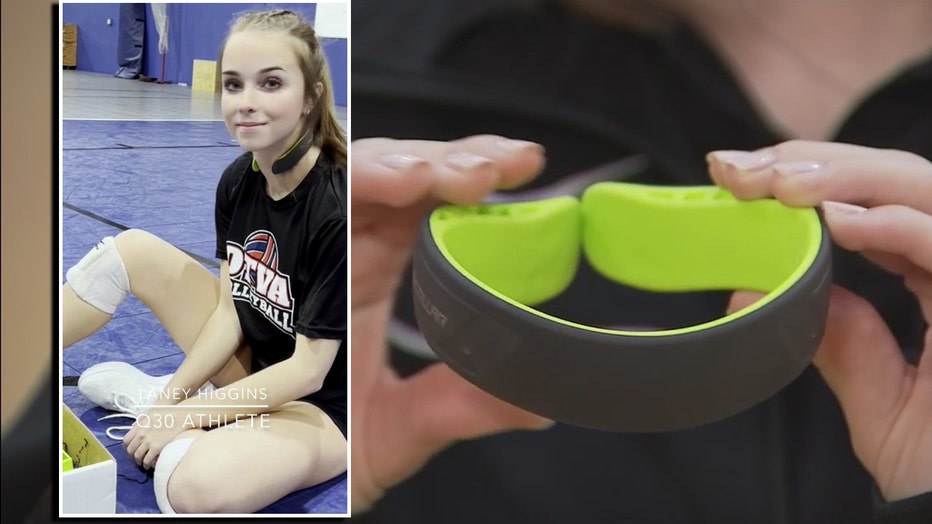 Doctors at the University of South Florida Concussion Center prescribed treatment that put her back on the court.

After that, a family friend introduced her to a device called the Q Collar. It was recently approved by the FDA after researchers showed evidence that it may reduce the risk of concussions.

The Q Collar gently presses blood vessel in the neck, which increases blood volume in the skull, limiting movement of the brain.

Her endorsement of the $199 Q Collar has also made her the first in many ways.

She is among the first high school athletes in the country to sign a name, image and likeness (NIL) deal, which was recently allowed by the National Collegiate Athletic Association. She’s also the first volleyball player to represent the Q Collar.

Laney is donating the profits from her deal with Q Collar to the USF Concussion Center.

For more information on the device, visit www.qcollar.com.