LOS ANGELES - Cracker Barrel just announced it is hopping on the meatless meat bandwagon and regular customers aren’t happy about it.

In a post to its Facebook account, the iconic American diner announced it will begin carrying Impossible Sausage, a meatless breakfast patty made from plants. The option is now available on the restaurant’s Build Your Own Breakfast menu and needless to say the responses did not meet the restaurant’s enthusiasm for plant-based products.

"You just lost the customer base, congratulations on being woke and going broke," commented one user.

"Don’t you ever try to push that cr** in my direction. Stick to the basics that made your franchise a success," wrote another Facebook user.

"Are you kidding me? Who do you think your customer base is? I still order the double meat breakfast and it’s not even on the menu anymore," wrote another user.

"I only eat vegetables I can recognize," wrote someone else on Facebook.

"I just lost respect for a once great Tennessee company," wrote another irate customer.

The post garnered hundreds of more negative comments in which people decried the possibility that "woke" vegetarian options would be a permanent fixture on the menu. 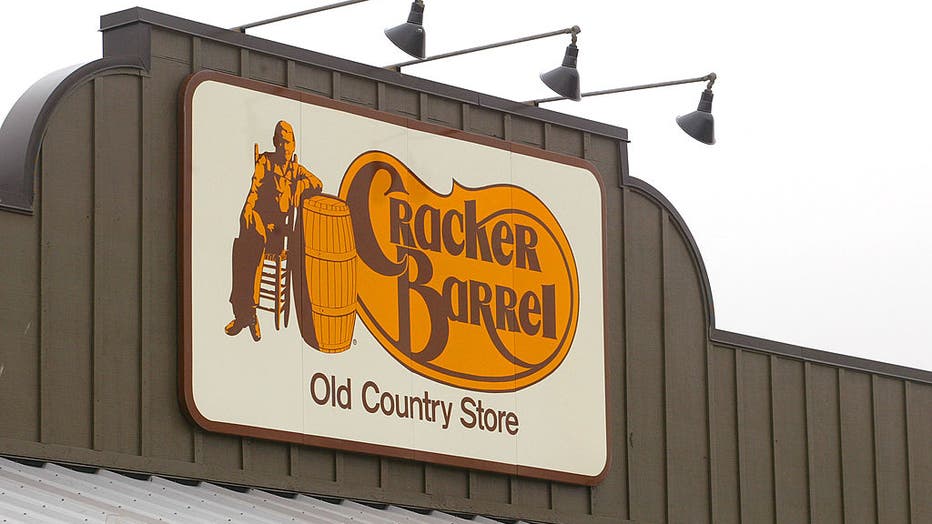 A Cracker Barrel Old Country Store sign is visible atop one of its restaurant stores April 12, 2002 in Naperville, IL.

While some fans ripped Cracker Barrel a new one, some came to defend the new menu option.

"Y’all really need to grow up. Absolutely no one asked you to eat this. I won’t eat it, but I am glad the options are there for those who will. Imagine being this triggered by breakfast," wrote one Facebook user.

Cracker Barrel is the latest chain to add plant-based meat alternatives to its menu.

This week, McDonald’s announced it will be pulling the McPlant— a plant-based meat burger— off its menu for now at select U.S. restaurants.

The fast-food chain confirmed to FOX Television Stations that the test with the new menu item concluded as planned. However, the company has not announced or confirmed future plans for its U.S. restaurants.

In October 2021, the company announced that it would test the plant-based burgers at eight U.S. restaurants in Irving and Carrollton, Texas; Cedar Falls, Iowa; Jennings and Lake Charles, Louisiana and El Segundo and Manhattan Beach, California.