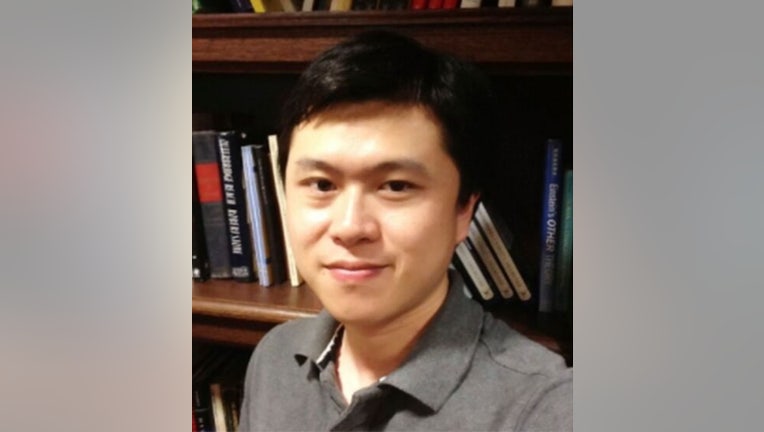 PITTSBURGH, Pa. - The biology department at the University of Pittsburgh School of Medicine is in mourning after the shooting death of a scientist who it says was studying the biological makeup of the coronavirus and was on the “verge of making very significant findings toward understanding” the disease.

Bing Liu, 37, a research assistant professor, was shot dead Saturday in his suburban Pittsburgh home. He allegedly knew his killer, a man who walked to his car after the shooting and killed himself, according to reports.

Liu's research centers on computational systems biology, and apparently his coronavirus research was leading to breakthroughs.

“Bing was on the verge of making very significant findings toward understanding the cellular mechanisms that underlie SARS-CoV-2 infection and the cellular basis of the following complications,” the biology department said in a statement. “We will make an effort to complete what he started in an effort to pay homage to his scientific excellence.”

Liu suffered gunshot wounds to his head, neck, and torso in the incident that happened around noon, according to reports.

Liu was from China and lived with his wife, the Pittsburgh Post Gazette reported. They had no children.

Related: Florida makes plans for dealing with COVID-19 in a hurricane

A motive for the shooting has not been disclosed.

Ivet Bahar, the head of Liu’s department told the paper Liu was a very talented, extremely intelligent, and hard-working individual.

"He has been contributing to several scientific projects, publishing in high-profile journals,” Bahar said. “He was someone whom we all liked very much, a very gentle, very helpful, kind person, very generous."

She added “We are all shocked to learn what happened to him. This was very unexpected."