BARTOW, Fla. (FOX 13) - The parents of a 14-year-old who died following a medical episode on a Polk County school bus continue to ask Florida to make school buses safer. They could soon see new rules go into effect.

The Florida Department of Education is meeting Wednesday morning and is expected to discuss requiring all bus drivers and bus attendants to receive CPR and first aid training.

"This is what we want to happen," said David Gautney, Terissa's father. "We don't want another family to go through what we've had to go through because it doesn't end. This is our way of dealing with grief."

In February 2018, Terissa, who had cerebral palsy, was on a Polk County school bus and her head tilted back, cutting off her airway. She didn't have the strength to pick her head back up and, for about 20 minutes, bus staff didn't touch her and didn't seem to know what to do.

"She was bigger than life," said Denise Williams, Terissa's mother. "She would walk in a room and her smile would just -- you could have the worst day ever and look at her and she just melted your heart."

"Terissa fought every day of her life just to be and [it's hard] to have to sit there and watch that school bus video and [see] no one help her," David said. "It absolutely is the worst thing that's ever happened in our lives."

Following Terissa's death, her parents started pushing for, what they called, the Terissa Joy Act.

CPR and first aid training were both parts of their plan. They also want new radio systems installed on every school bus that would allow staff to contact emergency personnel directly, without having to go through the district's dispatch center. At this point, new radio systems are not in the works.

Terissa's mother and father know Terissa is smiling at the hard work they've been doing in her honor.

"She looking down and that's what we want. We want her to be --" David said.

"Be happy and proud," added Denise.

"Of what we've done," said David, finishing his and Denise's their combined thought.

The Florida Department of Education meeting will take place Wednesday at 8 a.m. at Polk State College's technology building in Lakeland and is open to the public. 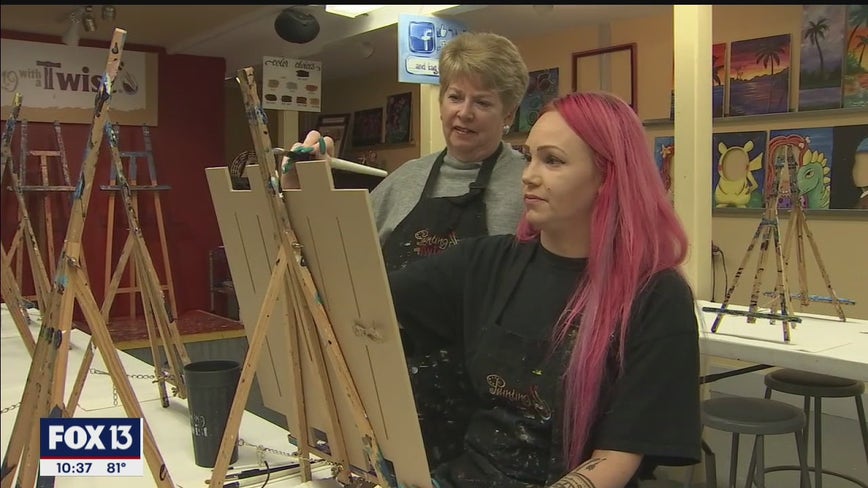