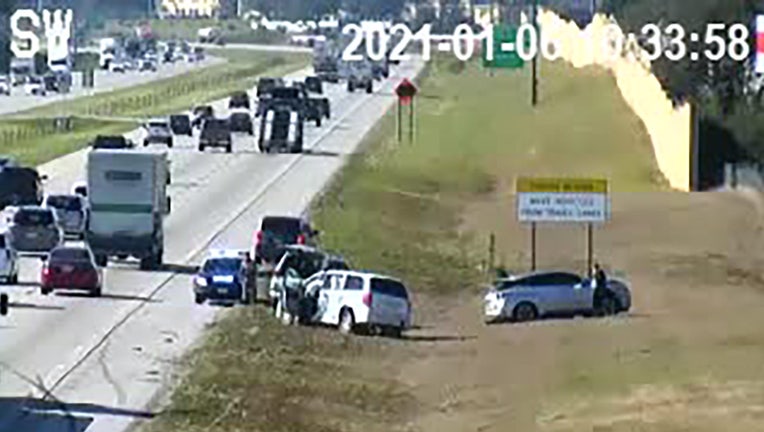 LAKELAND, Fla. - A brief chase along Interstate 4 ended with a crash and one person in custody this morning.

According to the Florida Highway Patrol, a trooper spotted a "reckless vehicle" speeding along westbound I-4 near Lakeland. As the trooper began pursuing the vehicle, it crashed just west of the Route 33 exit, but kept going until it crashed again at the Socrum Loop exit three miles away.

Troopers say they have detained an adult male.

The view from FDOT cameras shows at least four vehicles on the shoulder of the highway and several emergency vehicles on scene. The right lane is blocked, causing traffic to be slow through the area. 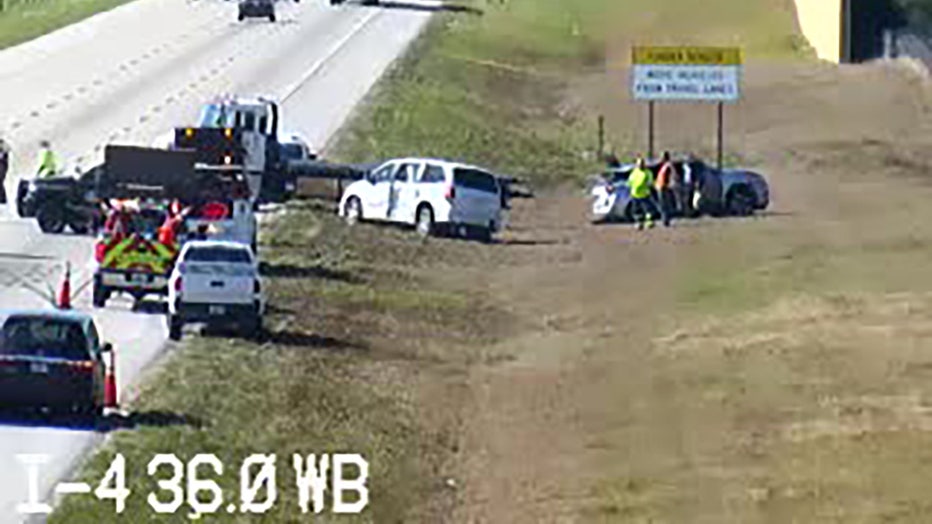 More crews on the scene a half-hour later. Via FDOT.

There was no immediate word on any injuries.