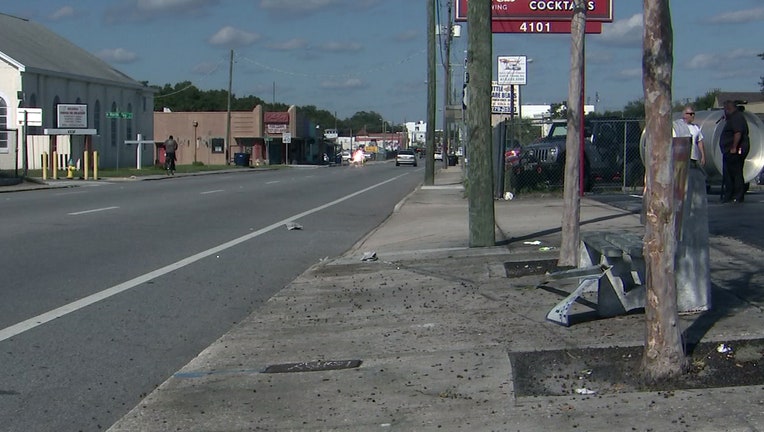 TAMPA, Fla. - A vehicle struck at least four people at a HART bus stop following a chain-reaction crash, according to Tampa Fire Rescue.

First responders say there was a three-vehicle accident just after noon at Florida Avenue and Ida Street. Police say a silver Acura turned in front of an oncoming pickup truck. The truck swerved and hit a van, which wound up veering onto a sidewalk near the bus stop. Four Seminole Charter School students -- ages 18 and 19 -- were waiting for a bus there; all four suffered minor injuries and were taken to the hospital to be checked out.

Police say all of the drivers stayed at the scene and no criminal charges are expected, though the driver of the Acura was cited for careless driving.