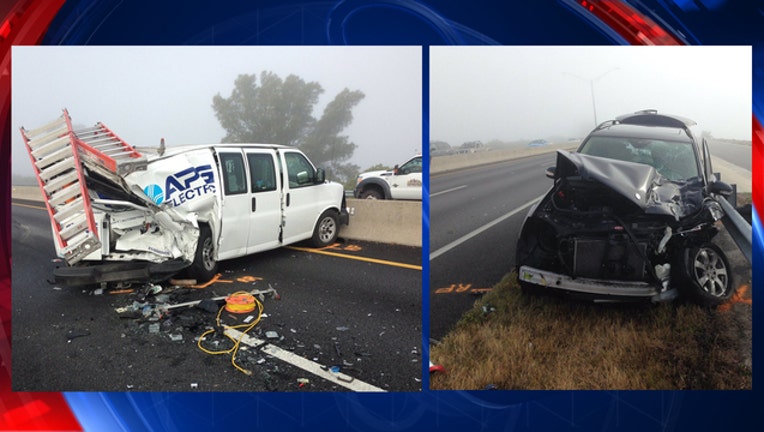 CLEARWATER (FOX 13) - All eastbound lanes on the Courtney Campbell Causeway were shut down Tuesday morning after a serious injury crash involving a child.

One westbound lane was also blocked as emergency crews travel to the scene of the crash.

A pediatric trauma alert was in effect. The child was transported by ground to a local hospital.

Heavy fog prevented helicopters from flying to the scene.

All eastbound traffic is being redirected to the Bayside Bridge.

The bridge was closed for several hours Tuesday morning, and was reopened at 11:45 a.m.