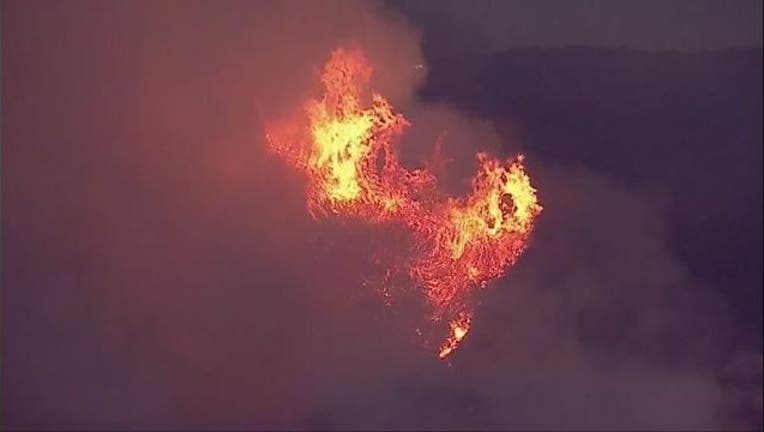 According to the California Department of Forestry and Fire Protection, the fire started on September 4th  near the intersection of Tenaja Road and Clinton Keith Road in La Cresta, just west of Murrieta.

They said that the fire is about 7 percent contained and that it has burned 1,4000 acres of grass and brush so far.

An evacuation order is reportedly active for all residences along The Trails Circle in La Cresta. They encourage residents to go to the Santa Rosa Plateau Visitor Center, 39400 Clinton Keith Road.

A cause of the fire has not yet been determined.