A large manatee got stuck in the sand in Savannah, Georgia during low tide, so rescuers used a bulldozer to dig a trench and get her back into the water.

SAVANNAH, Ga. - Georgia wildlife officials had to call in a bulldozer to help rescue a manatee that got stuck in sand near Savannah earlier this month.

The Georgia Department of Natural Resources says the large manatee was navigating a manmade shortcut between rivers near Savannah on Oct. 1 when she became stranded at low tide. That's because the cut is being filled by the Army Corps of Engineers to create wetlands.

The state agency posted video online that showed wildlife workers keeping the 10-foot-long female manatee wet until a bulldozer could plow a trench, allowing river water to reach the animal. Workers then rolled the manatee onto a stretcher and guided her to deeper water. 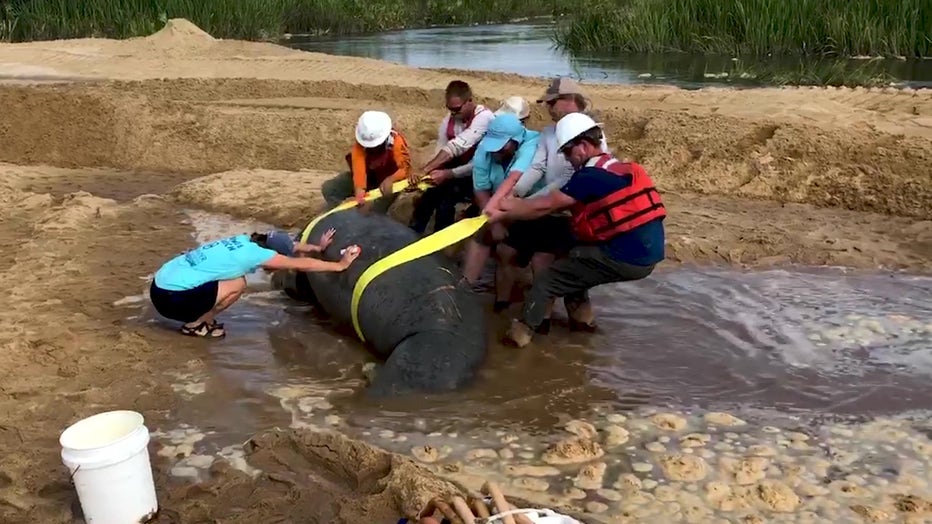 GDNR experts, along with staff from Clearwater Marine Aquarium Research Institute, also checked the manatee’s health and fitted her with a satellite transmitter. Data from the tracker shows she’s been moving up and down the Savannah River since then.

Manatees are protected as threatened under the Endangered Species Act. They pass through Georgia waters on their way to Florida for the winter.

“We hope she begins moving south soon, both to reach warmer water in Florida during the colder winter season and to avoid vessel traffic in Savannah’s busy port,” a CMA spokesperson offered. 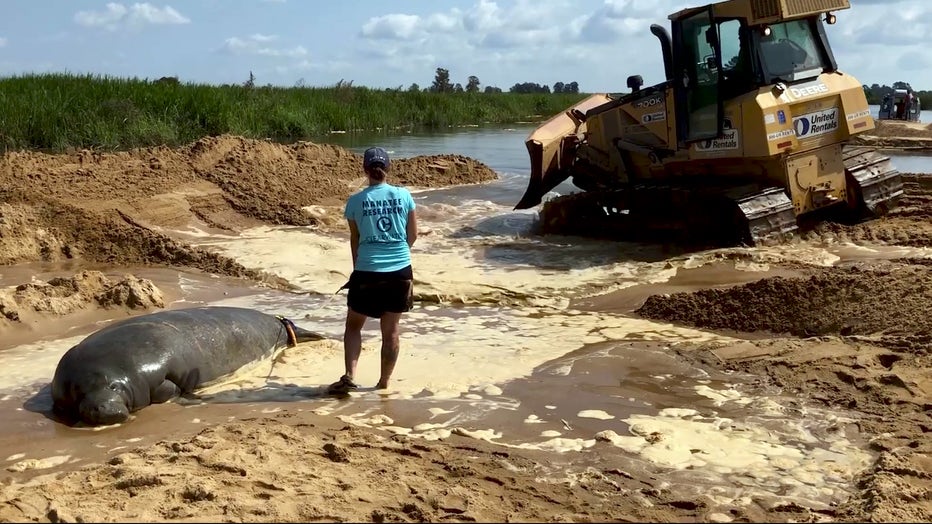