TAMPA, Fla. - Protests broke out across the Bay Area Tuesday in support of Cubans who have defied their government due to living conditions in the country.

A rally in support of Cuban protesters spilled into the busy traffic lanes of Dale Mabry Highway and Himes Avenue in Tampa Tuesday afternoon, and then forced officials to close part of Interstate 275 later that night. The interstate has since reopened. Activists blocked traffic as they waved flags and shouted "Cuba Libre!"

The rally started at nearby Al Lopez Park, but just before 5 p.m., protesters fanned out into the roadways near Columbus Drive, despite driving rain. Eventually, they also began chanting, "Where is Biden?" in frustration with the U.S. response to the island protests. 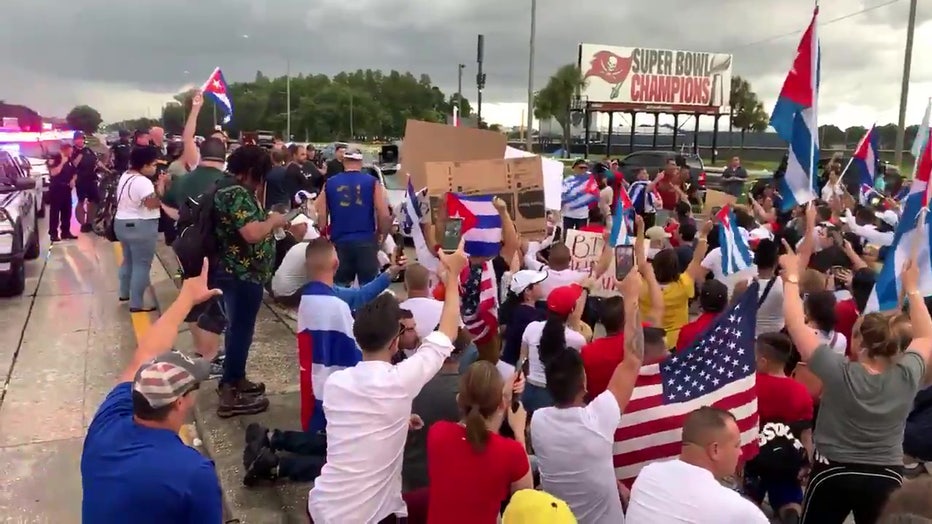 Just before 7 p.m., Tampa police say a group tried to make its way onto the exit ramp for Interstate 275 at Dale Mabry Highway. TPD officers and highway patrol troopers redirect the crowd back off the exit ramp, but three people had to be arrested.

FHP troopers also detained several people during the incident on I-275, according to Tampa police, and one trooper was injured in the process.

In Pasco County, protesters shut down US 19 at Hollow Drive in Port Richey for part of the evening. 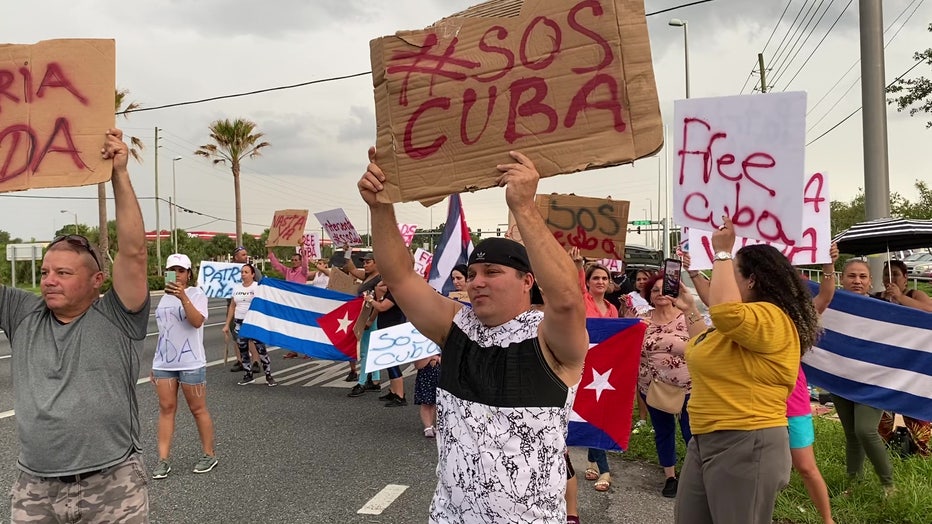 Protesters block part of US 19 in Pasco County Tuesday

The protesters held signs reading "SOS Cuba" and "Free Cuba," adding their voices to calls from around the US and inside the Communist country to improve conditions of poverty, hunger, inflation, human rights abuses, and more than 60 years of tyranny.

Cubans say the pandemic has pushed many to the breaking point. Thousands took to the streets there Sunday in one of biggest anti-government demonstrations in memory. 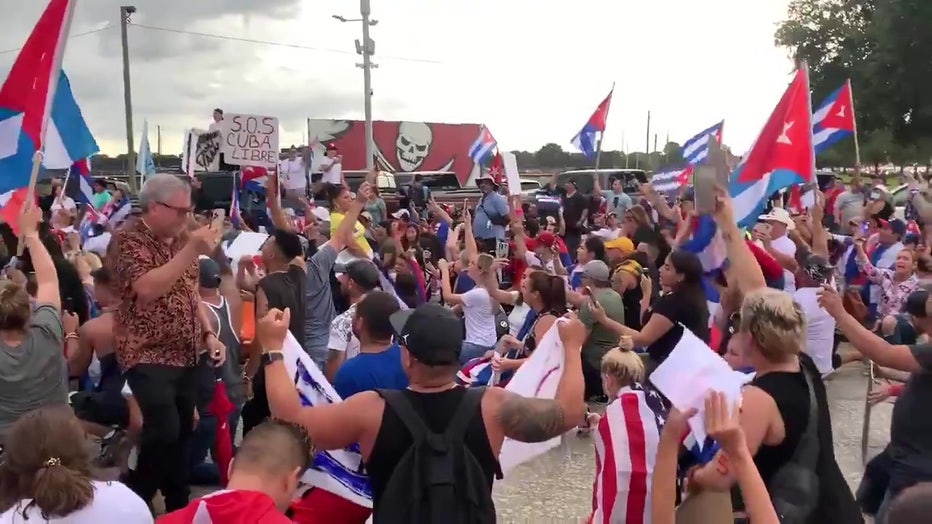 This was the second day in a row of local protests. A few dozen demonstrators came together on Armenia Avenue in west Tampa on Monday to express frustrations over conditions in the communist country, including internet outages there, resulting in many having trouble contacting their loved ones.

Protesters, flanked by their own security and Tampa police, walked down Himes Avenue, but one lane of traffic was clear. On the other side of the park, demonstrators were blocking the northbound lanes of Dale Mabry. 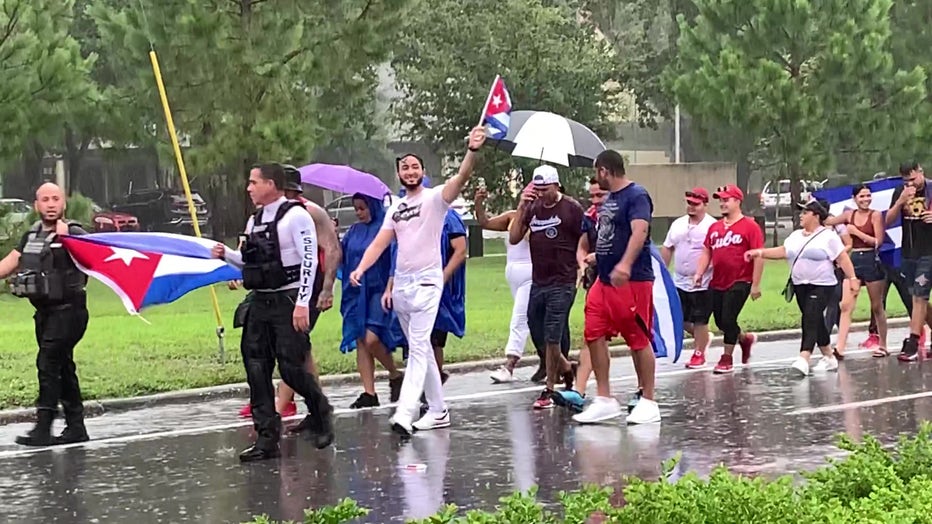 South Florida is home to the largest U.S. population of Cuban Americans, but Tampa also has a history with Cuba going back generations. The intersection where Tuesday's protest unfolded bears a marker honoring local exiled pilots who lost their lives while trying to rescue refugees fleeing the island.

Meanwhile, the U.S. Coast Guard issued a warning against attempting to sail to Cuba with supplies.