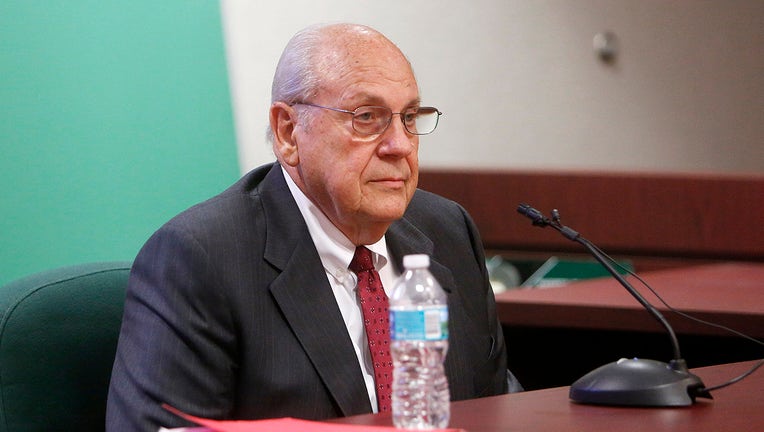 DADE CITY, Fla. - The retired Tampa police captain charged with shooting and killing a man in a Pasco County movie theater won't go to trial until 2021.

Curtis Reeves' trial was initially set for October 5, but on Tuesday morning, both the prosection and defense agreed the trial needed to be moved to a further date for safety reasons due to the COVID-19 pandemic.

Reeves is charged with second-degree murder in the death of Chad Oulson. In January 2014, the two had argued about Oulson using his inside Cobb Grove 16 theaters in Wesley Chapel during a matinee showing of "Lone Survivor."

Reeves claims Oulson got mad when he told Oulson to be quiet. He says Oulson threw popcorn and a cell phone at him, putting Reeves in fear for his life, so he fired his gun.

Reeves said he was defending himself when Oulson threw the phone.

The trial is now scheduled to take place in April 2021, seven years after the fatal shooting. An exactly date has yet to be determined.