WINTER HAVEN, Fla. - He has done it again. Daredevil Nik Wallenda has walked the wire to the amazement of the crowd below, this time at Legoland Florida, dressed as a pirate.

"Are you feeling like a pirate?" FOX 13 asked before the walk on Friday.

"A little bit this morning," he replied. "I started growling."

Midafternoon, Nik started his 600 foot walk from LEGO Movie World as fans watched from 60 feet below. 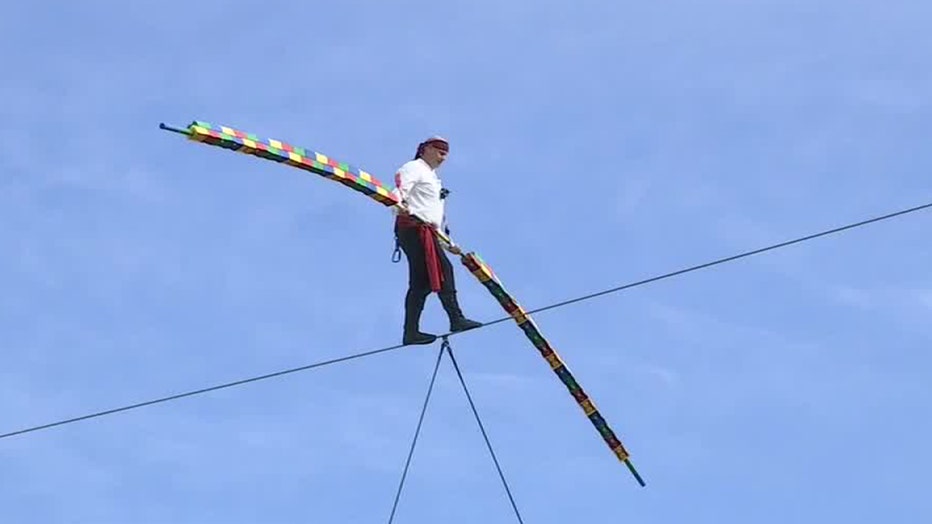 Just a few steps into the stunt, he took off his safety line to make the walk even more dangerous.

He carried a balance pole made entirely of brightly colored Lego blocks, which weighed him down another 30 or 40 pounds.

Minutes later, he finished the act at the new Pirate Island Hotel to the cheers of hundreds of spectators.

Earlier this year, Legoland closed for two and a half months because of the pandemic. Now with COVID-19 precautions in place, the park’s general manager says the crowds are beginning to return.

"We are seeing some strong recovery with the Florida residents," Rex Jackson told FOX 13. "International is still down."

Legoland hopes events like this one and other expansions that are going to announced soon boost the numbers even further.