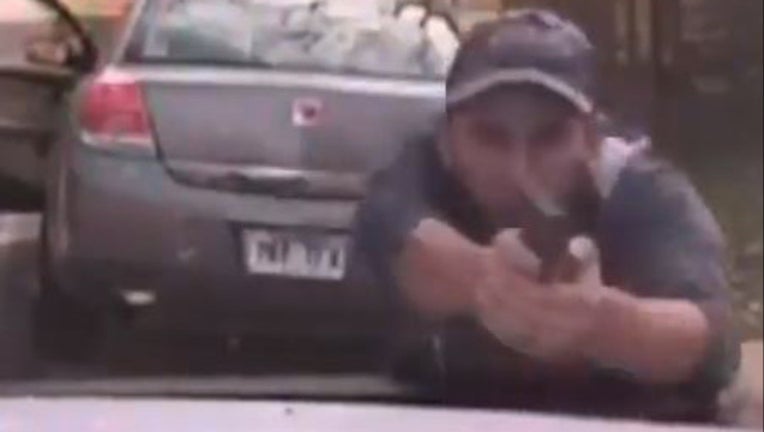 TONTITOWN, Ark. (AP) - Police in Arkansas say no one was seriously hurt when a man opened fire on an officer during a traffic stop.

The shootout was captured in a dramatic dashcam video released by the Washington County Sheriff's Office. The sheriff's office says Cpl. Brett Thompson stopped a car Sunday for a traffic violation in Tontitown, about 150 miles (240 kilometers) northwest of Little Rock.

The video shows the car's driver, 29-year-old Luis Cobos-Cenobio, open his door and begin firing at the officer. The sheriff's office says Cobos-Cenobio drove off but was later arrested. He had a shoulder wound and was treated and released from a hospital.

Cobos-Cenobio remains jailed on preliminary charges of attempted capital murder, fleeing and drug violations. Jail records do not indicate whether he has an attorney.

WATCH THE VIDEO BELOW: