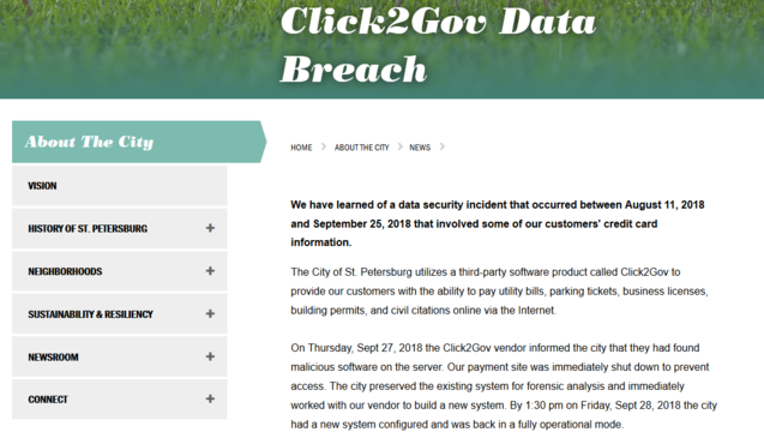 ST. PETERSBURG (FOX 13) - The city of St. Petersburg is warning residents about a data breach that affects customers who pay city bills online.

City officials said about 28,000 customers' credit card information may have been compromised in the breach that involved the city's Click2Gov website.

"It's almost like you're getting in trouble for doing what you're supposed to," said Jason Saal, a local business owner.

The third-party software program informed the city of malicious software found on a server in late September.

The city immediately shut down the online payment system and preserved it for further investigation. A new system was built and was fully operational by September 28.

"We are sorry to the citizens, especially those affected," said Ben Kirby, a spokesman for the mayor's office.

Kirby said customers who have used the site should monitor their bank transactions for suspicious activity.

For further information about the breach, please visit www.stpete.org/databreach.