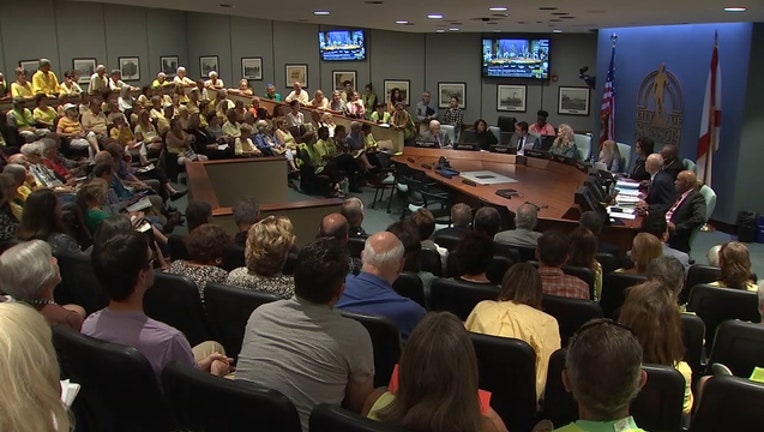 The change would mean tickets, not jail time, for certain offenders.

After a public hearing about the proposed ordinance, the commission gave the plan the green light to move forward but they brought up some concerns.

Under the current law, anyone caught with less than 20-grams of marijuana faces jail time, a fine, and a criminal record.

The new law would decriminalize that amount of marijuana giving officers the option to instead hand out a ticket and a small fine.

The ordinance lays out specific criteria that must be met, including:

Sarasota City Commissioner Hagen Brody explained, “This, I think, strikes an appropriate balance between discouraging drug use and not going overboard with punishment.  The primary reason that I’m pushing this change is to really allow our officers and our criminal justice partners to spend more time on violent crime and more serious issues in our community when I think that these types of issues can be dealt with, with a simple citation.”

The city attorney pointed out: In order for this ordinance to be worthwhile, the police department needs to be onboard and utilize it.

He will now work to make some revisions to the proposal based on concerns raised by council members.

Other Florida cities, including Tampa and Port Richey, have also decriminalized small amounts of marijuana.

Even though this was approved Monday, the plan still needs to have a second reading.

The commission is expected to vote on it next month. If it passes, the ordinance will go into effect 90-days later.