Pasco student accused in plot to have school staffer killed

The Pasco County Sheriff's Office said 18-year-old Nicholas Godfrey used an Instagram account called "fivayfanclub" to send messages to another student at Fivay High School on Wednesday, saying, "I need a guy who could kill someone."

According to investigators, Godfrey said he would give the student $100,000 to kill a staff member at the school.

He then added, "No joke, I need him eliminated as soon as possible."

Deputies obtained a search warrant for the Instagram account, which showed an IP address registered to Godfrey's home.

When detectives interviewed Godfrey, they said he confessed to sending the messages as a joke and handed over the phone he used.

“It doesn’t matter if someone says I was joking, it doesn’t matter what their intent is. When you do it, when you post it out there on social media, you’ve committed that crime," Nocco said. 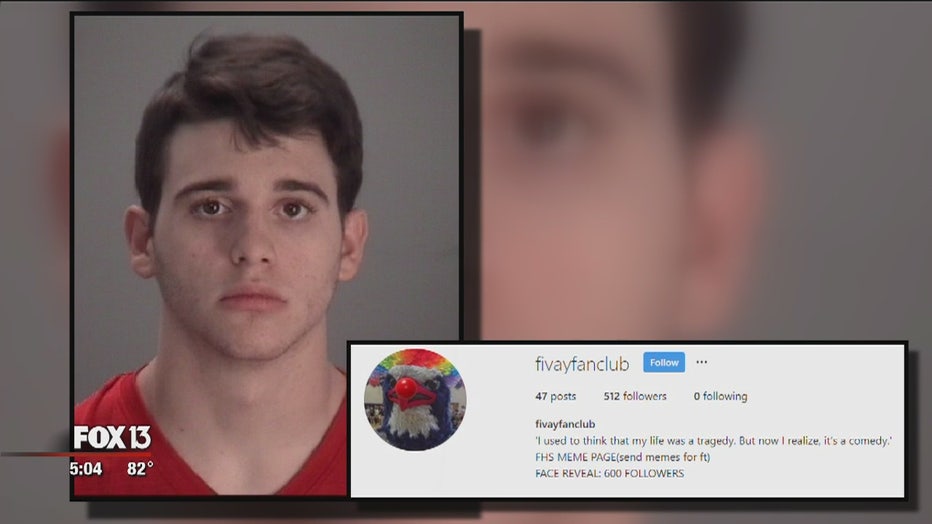 “This young man has quite honestly ruined his life by a simple threat on social media," Browning said.

Godfrey was arrested for solicitation of murder.