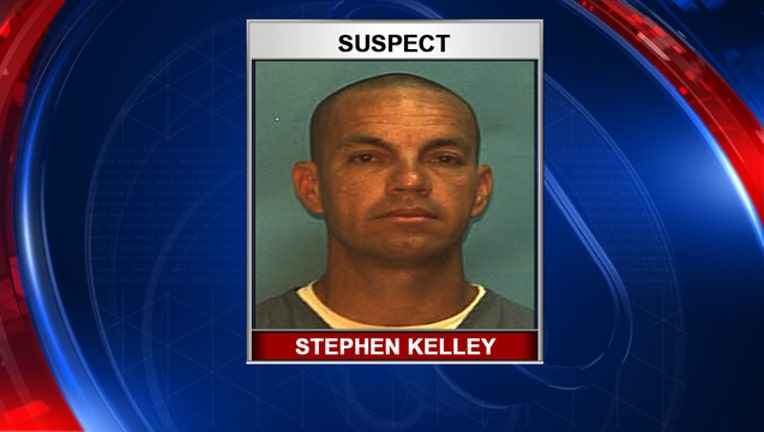 PALMETTO (FOX 13) - The Manatee County Sheriff's Office said the suspect who attacked a man and woman Saturday night has been arrested.

Kelley is accused of attacking his ex-girlfriend and another man at a home on 3rd Avenue W. in Palmetto

According to investigators, the male victim woke up to find Kelley standing over him. Kelley then allegedly attacked both victims, stabbing the man and battering his ex-girlfriend.

The victims were taken to a hospital with serious injuries.

Deputies said Kelley fled after the incident, but was caught in Pinellas County on Sunday. He is charged with attempted murder.