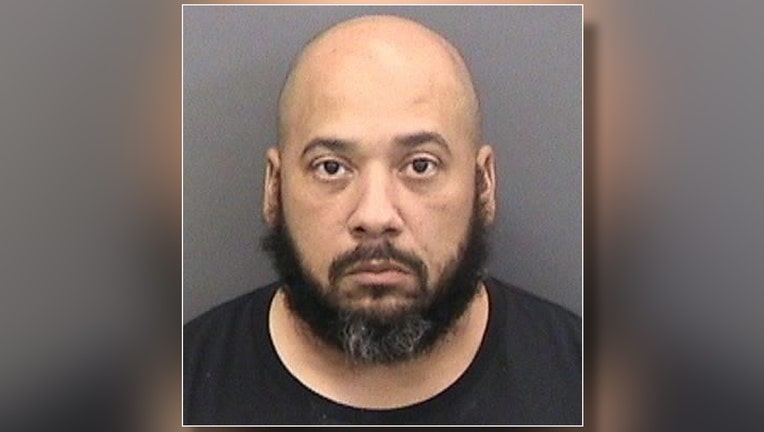 According to the Hillsborough County sheriff’s Office, On April 16, Santos pried open a display case the Walmart located at 6192 Gunn Highway and took approximately $1,600 worth of electronics and put them into an emptied box of children’s toys.

Deputies said Santos paid for the toy box (with the electronics concealed inside of it), and tried to leave the store. He was stopped by loss prevention employees who called HCSO.

While investigating, deputies discovered that Santos appeared to be the same suspect who committed similar thefts at other Walmarts in Central Florida.

Deputies said shortly before stealing from the Gunn Highway Walmart, Santos opened a display case at the Walmart located at 7011 Waters Avenue West. He concealed his face with underwear and stole about $2,800 worth of electronics.

According to HCSO, Santos also matched the suspect who stole $1,500 of electronics from the Gunn Highway Walmart in February.

Detectives with both the Hillsborough County Sheriff's Office and Tampa Police Department are investigating three other additional cases where the suspect used a similar approach.

"This repeat offender doesn't seem to learn his lesson," said Sheriff Chad Chronister. "I hope his third arrest for the same type of crime will be his final. This should be an example to everyone who tries to take advantage of a person or a business: you will be caught and charged to the fullest extent of the law."

Santos faces charges of grand theft and possession or use of anti-shoplifting device.