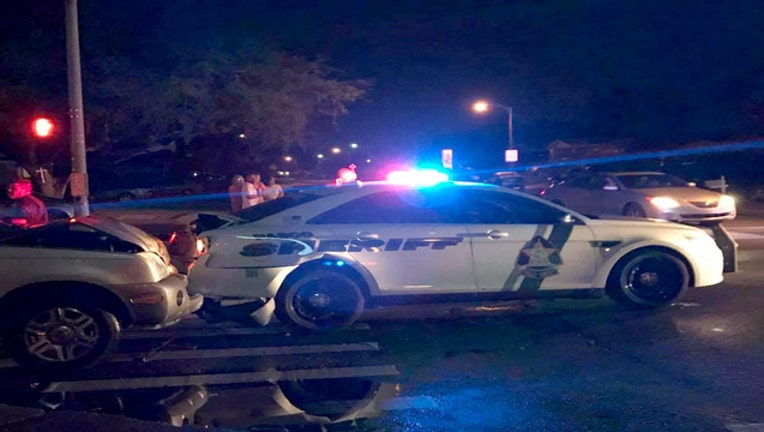 The incident occurred near the intersection of Regency Park Boulevard and Fox Hollow Drive in Port Richey.

It appears from a photo of the scene that the deputy's patrol car was rear-ended.

It is unclear at this time the extent of the deputy's injuries.