SPRING HILL, Fla. - A Hernando County deputy shot and killed a man in the Silverthorn subdivision in Spring Hill on Saturday afternoon.

According to the Hernando County Sheriff’s Office, the deputy was responding to a domestic disturbance and reports of shots fired inside a home around 2:30 p.m.

The deputy said he heard gunfire upon his arrival and was being shot at by a man in his mid-20’s through an open window the home.

"He was saying he could hear shots being fired and almost immediately advised that he was being fired upon and was pinned down and of course needed more units to respond," Hernando County Sheriff Al Nienhuis said.

The deputy immediately took cover in an open garage across the street and returned gunfire.

According to HCSO, the suspect moved from the open window, stepped outside the house and continued firing at the deputy. The deputy moved closer to the house and shot and killed the suspect. 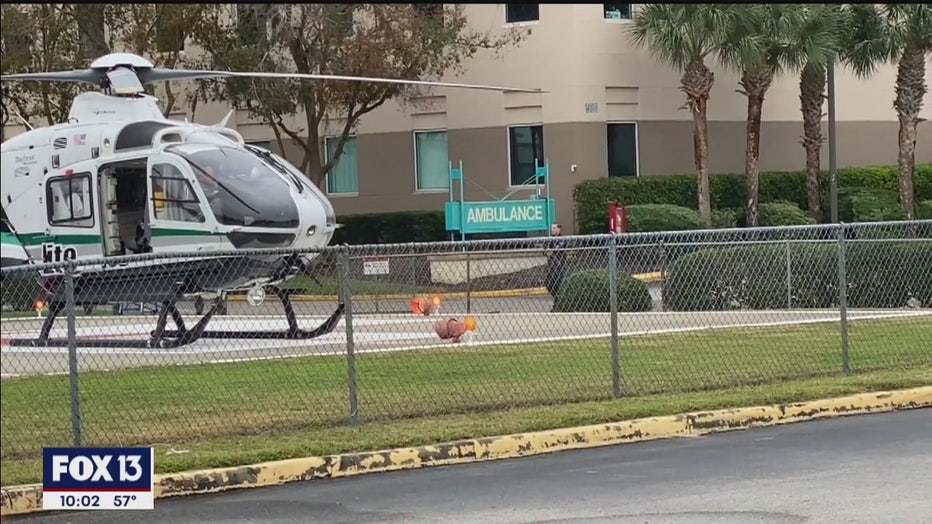 One person inside the home was shot during the domestic dispute and was airlifted to a local trauma center.

The deputy suffered minor scrapes and scratches while trying to take cover.

"Very relieved that the deputy is okay because I was at a family gathering coming back and I was thinking we could very easily be in much more dire circumstances for the sheriff's office. It's really by the grace of god he wasn't hurt," Hernando County Sheriff Al Nienhuis said.

The deputy will be placed on administrative leave with pay pending the outcome of the investigation, which is standard protocol.