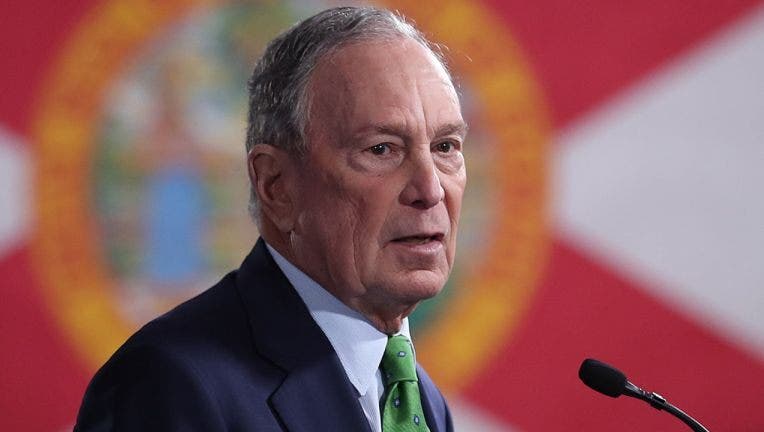 Moody, saying her office was acting at the request of DeSantis, asked the FBI and the Florida Department of Law Enforcement to investigate Bloomberg raising at least $16 million for the Florida Rights Restoration Coalition, contending it could be a violation of state laws against offering incentives to people or groups in exchange for voting in a particular manner.

“After preliminarily reviewing this limited public information and law, it appears further investigation is warranted,” Moody wrote to Michael McPherson, special agent in charge of the Tampa office of the FBI, and Florida Department of Law Enforcement Commissioner Richard Swearingen. “Accordingly, I request that your agencies further investigate this matter and take appropriate steps as merited.”

Patronis, a Republican like DeSantis and Moody, asked the Florida Elections Commission to determine if Bloomberg’s contribution to the non-profit is trying to illegally influence the outcome of Florida’s November election.

“Reports that the failed presidential candidate is spending tens of millions of dollars on restitution for certain registered voters doesn’t smell right to me,” Patronis wrote, referring to the billionaire businessman’s bid for the Democratic nomination this year.

Before the money for the Florida Rights Restoration Coalition was announced, Bloomberg reportedly was putting $100 million into Florida to help Democrat Joe Biden’s presidential effort.

The coalition has collected more than $20 million for a “Fines and Fees” fund established in response to a state law and a recent court ruling requiring felons to pay “legal financial obligations” --- fees, fines, costs and restitution --- to be eligible to vote.

Coalition Executive Director Desmond Meade denied Wednesday that the money raised by Bloomberg is being used to target Black and Hispanic voters to shore up support for Biden, as reported by the Washington Post.

A U.S. appeals court judge ruled that felons have to pay all of their fines and fees before they can vote.

"We don’t care what people’s political party is. What we care about is if they was impacted by a felony conviction and they want to take part in our democracy," Meade told reporters.

Earlier Wednesday, DeSantis and Patronis blocked a request by Meade, a former drug dealer, for a pardon from the state Board of Executive Clemency.

A law school graduate who made it onto Time magazine’s list of the 100 most influential people last year, Meade was at the forefront of passing a 2018 constitutional amendment, known as Amendment 4, to restore voting rights to convicted felons.

Coalition Deputy Director Neil Volz, whose request for restoration of civil rights was approved Wednesday by the Board of Executive Clemency, said the group is focused on providing resources so "returning citizens" can register to vote.

"This is a movement about people, people who see each other along the lines of humanity. We know that there's people who are engaging and donating for other reasons, but our primary north-star focus is returning citizens, all returning citizens across the state of Florida," Volz said.

Felons and their advocates are racing against an Oct. 5 deadline to register to vote in the Nov. 3 election.

A 2019 law aimed at implementing Amendment 4 restored voting rights to felons “upon completion of all terms of sentence including parole and probation.”

"The right to vote is fundamental to our democracy, and no American should be denied that right,” Bloomberg said in a statement released by the coalition.

Related: 'Whatever it takes': How Bloomberg's $100 million Florida bet may shape presidential campaign

Volz said Tuesday his organization already has spent $5 million to clear up the court-ordered debts of about 5,000 convicted felons.

The effort intensified following a Sept. 11 ruling by the Atlanta-based 11th U.S. Circuit Court of Appeals that overturned a decision by a district judge, who said in May that the state cannot deny the right to vote to felons who are “genuinely unable to pay” court-ordered financial obligations. Voting-rights groups that challenged the law alleged that linking voting rights and finances amounts to an unconstitutional “poll tax.”

The effort to wipe out felons’ debts has drawn financial support from such celebrities as musician John Legend and NBA superstars LeBron James and Michael Jordan, as well as Florida professional sports teams.