TAMPA, Fla. - Big changes could be on the way for two of Tampa's most historic neighborhoods.

In the grips of a housing shortage, developers are eying areas of Seminole Heights and Tampa Heights as prime locations for multi-family housing.

"We definitely have some investors, some developers that are coming in and looking at some of the more abandoned properties they want to build, put up some multi-housing units," said Seminole Heights neighbor Ellie Baggett.

"People want to be close to the airport. People want to be in the middle of it all and in the center of the action, and that's where we are right now," said Seminole Heights neighbor and Smith and Associates realtor Brian Frey. "Places like Seminole Heights, Tampa Heights, Riverside Heights, in most major cities these areas with the bungalows, the cute homes, the mid-centuries have been expensive for decades, but not here in Tampa. Now that has come full circle. I think that it was inevitable, but it just happened much later and people get whiplash over that." 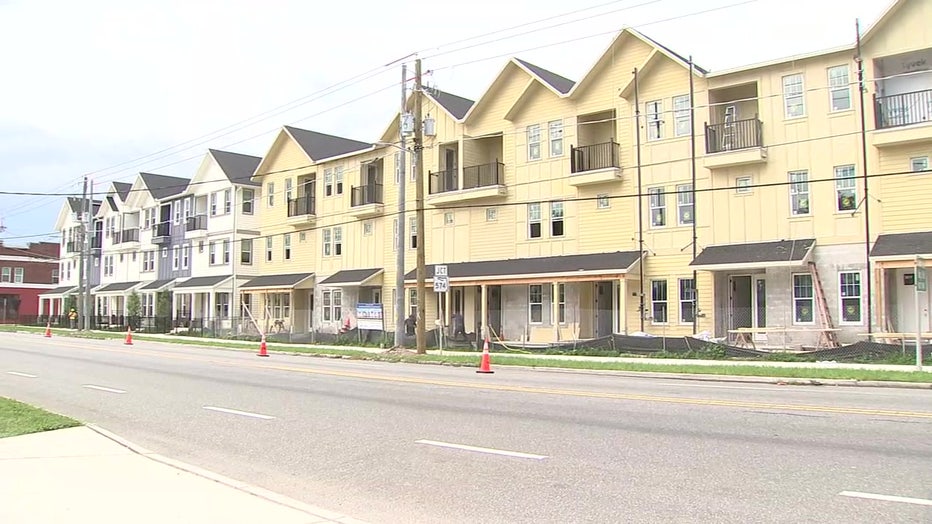 Housing values have changed dramatically in the last five years in the neighborhoods immediately north of downtown Tampa. Once considered an affordable place for first-time home buyers, the rapid doubling in asking prices have made these areas unattainable for many. Seminole Heights has seen a 90% increase in median sale prices, but in nearby Tampa Heights, Southeast Seminole Heights and Riverside Heights, homes are selling at more than 130% over their 2017 prices, according to Redfin market data.

During the same five-year period, rental prices in Tampa have increased more than 70-percent, according to Zumper data.

"Look around at the rents right now. There are families that can't afford a simple two-bedroom home for their family," said Baggett. "We need more accessible housing opportunities for locals, so they can stay here. You shouldn't have to move an hour away from your job and take four busses to have affordable rent."

MORE: This is the salary you need to afford a home in Florida

City leaders are quickly trying to address the housing shortage by relaxing zoning rules in traditional single-family neighborhoods while offering incentives to developers to include more affordable and workforce housing into their plans. Several developers are now stepping in with proposals to build a variety of multi-family housing options in Tampa Heights and Seminole Heights.

"These developers are providing more inventory, especially in areas that we did have, not meaning townhomes, condos, apartments, and affordable housing," said Frey. "We are not a sleepy little town anymore. And I think when you live in urban areas like this, you have to kind of grasp on the fact that this is change."

Many projects are being proposed in areas long overdue for a facelift.

Wolf Partners hopes to transform an overgrown, vacant lot near a Walmart on E. Hillsborough Avenue into 18 chalet-style townhomes.

"That piece of property has been vacant and empty for over 40 or 50 years," said Frey.

Developer Gardner Brewer Hudson has submitted a proposal to transform two Tampa Heights blocks located at the southeast corner of E. Henderson Avenue and N. Florida Avenue into a pair of high-rise apartments with nearly 500 units.

In an attempt to add to the city's inventory of affordable housing, developer Richman Properties has proposed transforming the former site of the Fun-Lan drive-in movie theater on E. Hillsborough Avenue into an apartment community of 456 completely affordable units.

"This is going to be put to better use, which is going to end up helping people and providing housing in a city that is so in need of affordable housing right now," said Frey.

These projects will all still require final approval from Tampa City Council before developers can set to work. Several neighborhood engagement meetings have taken place to review plans and receive input from neighbors.

A representative with Richman Properties said they plan to continue to engage the local community as they move forward with their affordable housing proposal and re-zoning request with the city.

Wolf Partners, which is already in the process of building nine three-story townhomes on E. Oak Ave. in Tampa Heights, will appear before City Council this week to request a zoning change for their 18-townhome project in Seminole Heights.

The Southeast Seminole Heights Community Association has planned a meeting with developer Ramos Companies for Wednesday. There, neighbors will have a chance to learn more about a new proposal to develop the former site of the First Baptist Church located at 1109 E. Osborne. The meeting starts at 7 p.m. and will be held at St. Paul's Lutheran Church located at 5103 N. Central Avenue.