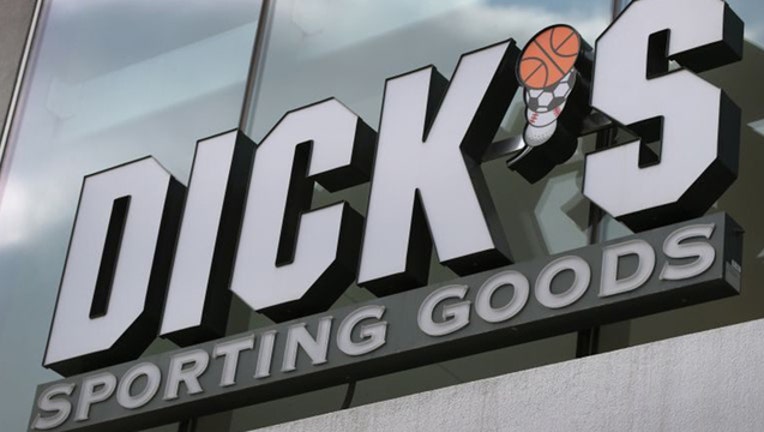 A sign hangs outside of a Dick's Sporting Goods store on February 28, 2018 in Chicago, Illinois. (Scott Olson/Getty Images)

Later, when the company discovered it had sold a shotgun to Nikolas Cruz, the 19-year-old accused of shooting 17 people to death at a south Florida high school in early 2018, Stack stopped selling firearms to anyone under age 21.

"We found out that we sold this kid a shotgun," Stack said in an interview on CBS Sunday Morning. "That's when I said, 'We're done.'"

"Even though that wasn't the gun he used?" asked CBS correspondent Lee Cowan.

"Even though it wasn't the gun he used," Stack said. "It could have been."

The shooting added fuel to an already fierce debate over firearms laws in the U.S., with survivors from Marjory Stoneman Douglas High School joining gun-control advocates to urge stricter regulation. A number of merchants set more rigorous rules on firearm sales, and others pulled away from deals with the National Rifle Association, which argued that restricting gun purchases wouldn't make Americans safer.

Elaborating on why he eliminated the weapons that he elected not to sell, Stack added: "I said, 'You know what? If we really think these things should be off the street, we need to destroy them.'"

Based in Coraopolis, Pennsylvania, and founded in 1948, Dick's Sporting Goods is a retail behemoth, with an estimated 30,000 employees and 850 stores across the country.

The company lost about $250 million dollars from halting firearms sales to people under 21, Stack said.

"How much did you think you were going to lose?," asked Cowan.

"A quarter of a billion dollars," Stack replied.

Get updates on FOXBusiness.com