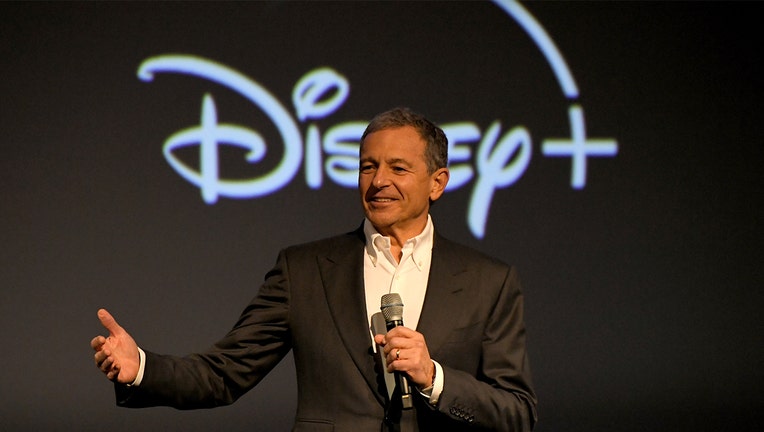 ORLANDO, Fla. - Newly reinstated Disney CEO Bob Iger said he wants to lead an effort to "quiet things down" when it comes to the recent cultural and political controversies that have engulfed the company.

Manhattan Institute senior fellow Chris Rufo shared an exclusive video he obtained of the Disney CEO speaking to employees at a town hall, where he called for "respect" for the audience and no "disdain" of their views.

When asked a virtual question by Disney staff about "staying out of making political statements," Iger at first insisted there was a misconception about the company, that some issues "have been branded political," and that he doesn’t necessarily agree those issues are political.

"Do I like the company being embroiled in controversy? Of course not. It can be distracting, and it can have a negative impact on the company. And to the extent that I can work to kind of quiet things down, I’m going to do that," he added.

Another town hall question was about the Florida Parental Rights in Education Act, which critics have dubbed it the "don’t say gay" law. Iger answered cautiously, noting, "When you tell stories, there’s a delicate balance. You’re talking to an audience, but it’s also important to listen to an audience. It's important to have respect for the people you are serving, that you are trying to reach and not have disdain from."

Last week, former CEO Bob Chapek was fired by Disney’s board of directors. Chapek replaced Iger in 2020, who ran the company since 2005 and was executive chairman in 2021 until he retired.

Chapek’s tenure saw the battle with Florida Republican Gov. Ron DeSantis and Florida over the parental rights bill. Chapek criticized the bill, vowing the company would work hard to repeal it. Republicans in the state legislature moved to strip Disney of its self-governing status. According to Rufo, the latest comments by Iger indicate "an important shift. Iger is signaling that Disney is moderating its position in the culture war."