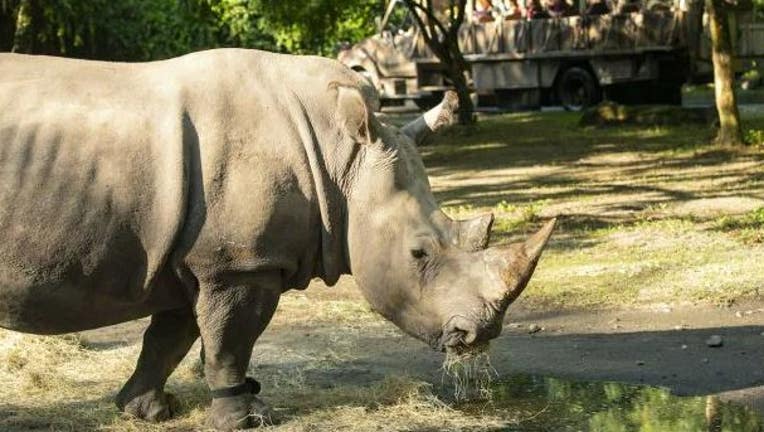 ORLANDO, Fla. - Someone new is joining the ranks of fitness enthusiasts who monitor the number of steps they take each day with Fitbits and other fitness tracking devices. Only Helen isn’t human: She’s a 30-year-old white rhino at Walt Disney World.

Helen went out onto the savanna at the Kilimanjaro Safaris attraction at Animal Kingdom on Monday wearing a fitness device all-day.

The purpose is to gather data on the number of steps she takes each day, whether she is walking, running or napping, and which part of the man-made savanna she favors the most. The device, about a foot (0.3 meters) in diameter, has an accelerometer and a GPS tracker and it’s fitted around her ankle.

The data it produces will be shared with more than two dozen other institutions participating in a large research project studying the best ways to care for rhinos at facilities, said Scott Terrell, a veterinarian who is director of Animal & Science Operations, Walt Disney Parks & Resorts.

"By doing this research and using this technology, we can really focus in on the physical fitness of the rhinos as a component of their health and well being," Terrell said.

The tracker consists of a belt with a small pouch with electronics attached to it. Her caretakers had been trying to get Helen accustomed to the device by having her wear it for a limited amount of time and then extending that time. 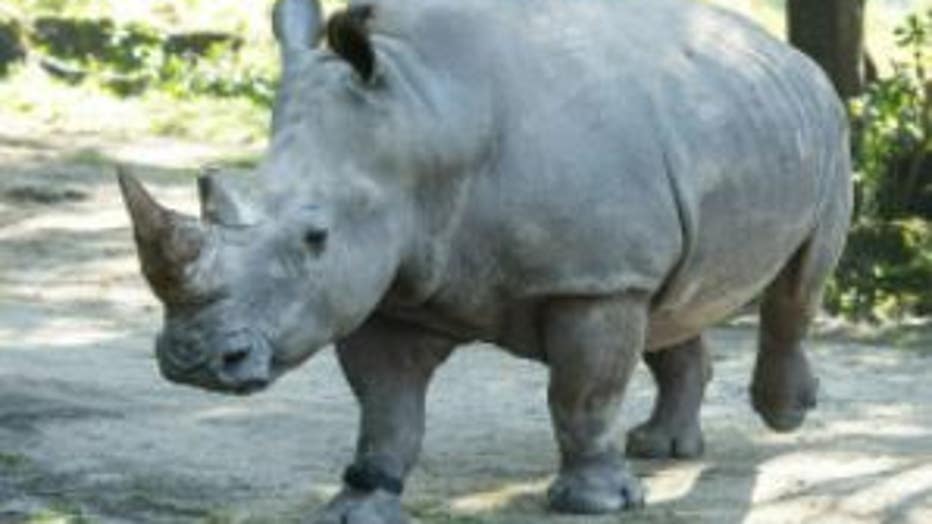 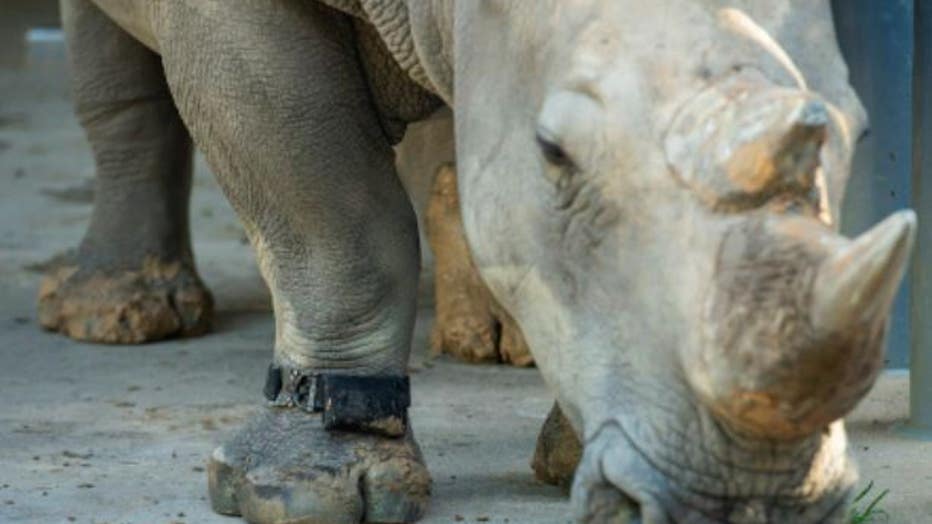 Around 27,000 rhinos remain in the wild, primarily at national parks and reserves. Three species — black, Javan, and Sumatran — are critically endangered due to poaching, according to the World Wildlife Fund.