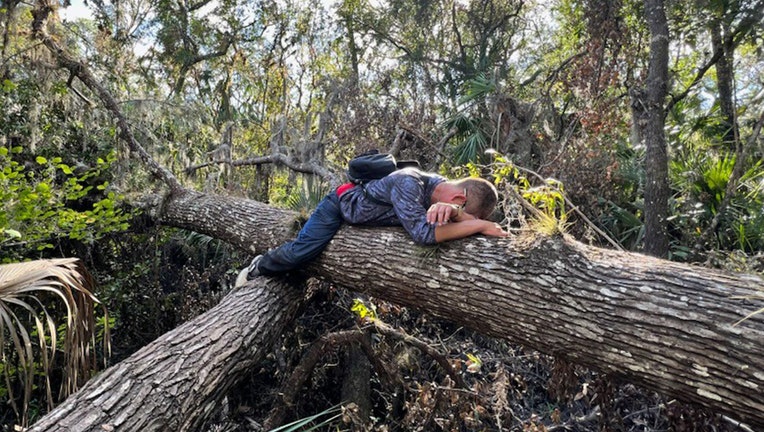 Hillsborough County first responders captured this image of the hiker who was lost in Little Manatee River State Park.

WIMAUMA, Fla. - In the middle of Little Manatee River State Park, a hiker called for help after he was lost in the woods and ran out of water. Luckily, Hillsborough County first responders were able to find and rescue him.

Around 2:30 p.m. Wednesday, the man called 911 saying he was dehydrated and didn't know where he was exactly after hiking through the state park. Officials used the GPS from the hiker's cell phone to locate him.

According to the sheriff's office, they found him "deep in some brush off the trail." By the time they found him, he was unable to walk out on his own. 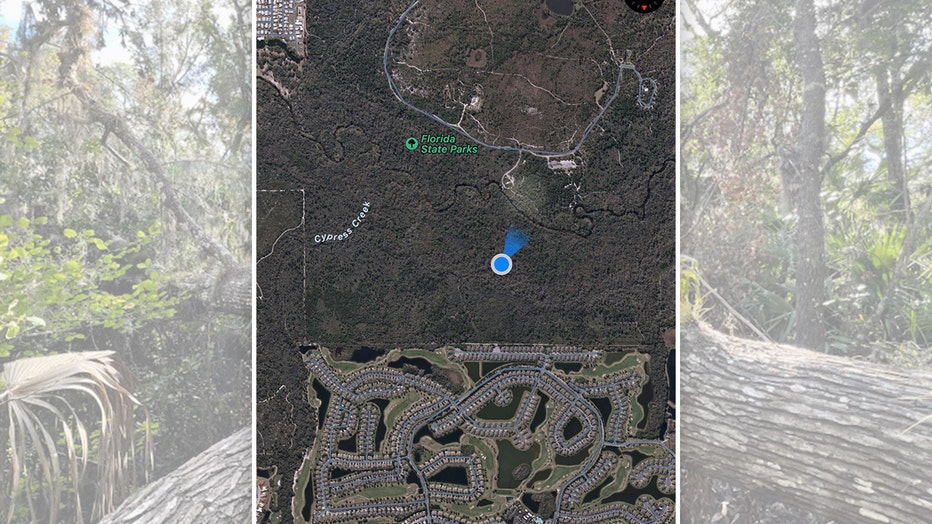 Screenshot of Google Maps showing location of hiker when he was rescued. (Provided by Hillsborough County Fire Rescue)

When first responders rescued him, they said he was "disoriented" and had been without water for about four hours.

The man was airlifted out of the heavily wooded area and taken to a nearby hospital. Officials did not provide his condition.