SARASOTA, Fla. - Hurricane Ian took away a Sarasota County woman's home and her normal way of life. While dealing with the stress of being displaced, a horrible accident confined her to a wheelchair.

For two months, Jade Torres and her children have been staying in temporary housing. She relies on her children to help her get around the house.

"Where there's a will, there's a way, and I'm a fighter, and I'm not going to stop fighting," Torres said.

She's repeated those words to herself and her kids every day since Hurricane Ian destroyed everything they had.

Her family stayed in multiple shelters across Sarasota and Venice. 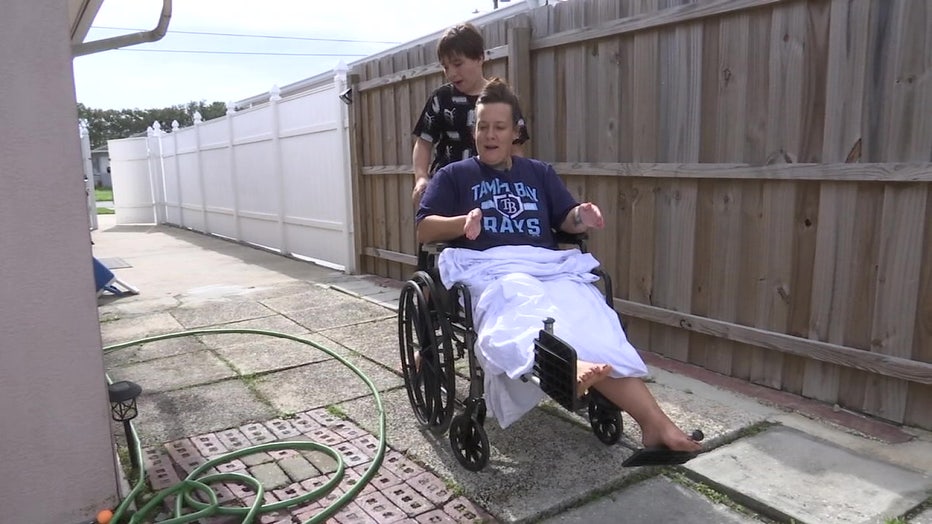 "I've been through a lot in life, and that was by far one of the worst, most chaotic experiences of my life," Torres recalled. "I had to leave my job because there was no way I was going to allow my children to be alone 12 hours plus a day in a shelter with tons of people and all that going on."

Torres' world turned even more upside down on November 9 when she was in a car accident.

"I was driving to my old house, because I wanted to go and check the mailbox, because I had been waiting for a D snap card, which they had provided for Hurricane Ian survivors,"Torres said. "I had hit a disabled vehicle that was going way under the speed limit with no lights on at night. I was the passenger in the vehicle, and we hit them going about 75-80 mph. My legs were completely shattered, my hip."

She was released from the hospital after several surgeries, and at the same time, the shelter they were staying at was closing. She was assigned to American Red Cross resident transition caseworker Chris Schwilk, who said an anonymous donor offered to put up residents for 30 days in an Airbnb of their choice. 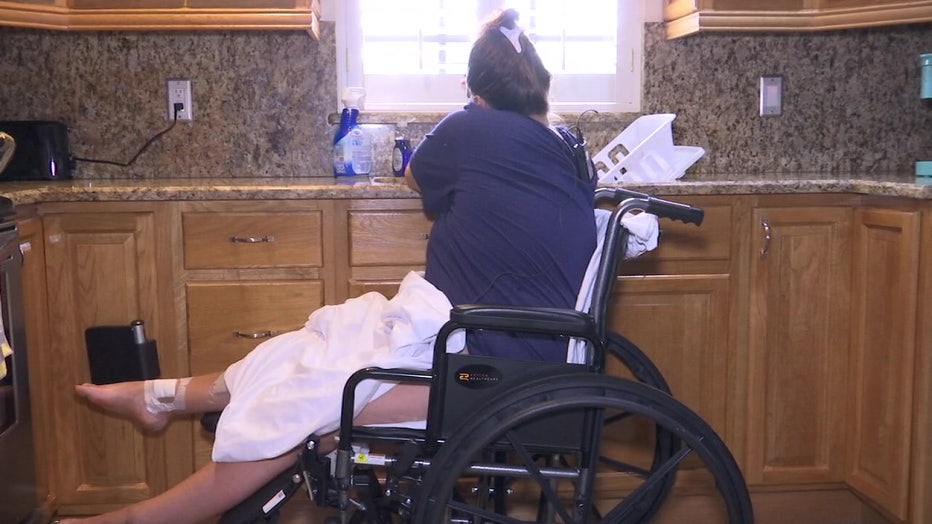 "The Airbnb situation was not through the Red Cross," Schwilk said. " It was handled by state workers who helped the clients get the Airbnb needs. But Red Cross's commitment was that if the clients would take an Airbnb, we could extend our case work with them through December 18."

Torres chose to come to Tampa.

"My goal was to move here without this accident, find a job immediately, which I knew I could do, and find a place to live. And now I just I can't do any of that now," she added.

Torres and her family are able to stay until December 13. She's working with Schwilk to figure out her next steps, but he stressed that finding housing for storm victims has proven to be difficult, especially in places like Tampa, where affordable housing is limited and has wait lists.

"I have zero game plan. I'm staying positive. I think something will come. I'm living day by day now, and I believe God comes when it's time. But I'm living on a prayer right now," Torres said.