NORTH PORT, Fla. - The city of North Port felt some of the worst of Hurricane Ian’s wrath. It's been seven weeks since the storm, but a homeowner, who has a disability and a limited budget, is worried the tree that fell from an abandoned property onto his home's power lines could eventually catch fire.

Steve Barna has lived in the home on Comet Lane for 18-years. When the tree fell onto his property, he called Florida Power & Light, who sent a crew to survey the situation.

"The first company came out here and looked at it. They were going to take it down. Nobody ever came back. FP&L came out. The guy in the truck came out and said, ‘It’s on the wires. We will take care of it.’ I didn’t hear anything. Nobody came out."

"Everyday I’m dealing with something hurricane, and sometimes it does wear on me, but I just have to remember I’m alive and I’m so happy to be here."

Two days before Tropical Storm Nicole passed over the state, Barna found out FP&L wasn’t coming, after all.

"I’ve just kind of given up in trying to figure out what we can do," Barna told FOX 13 News.

Now, with each day that passes, Barna is more at a loss on what to do. 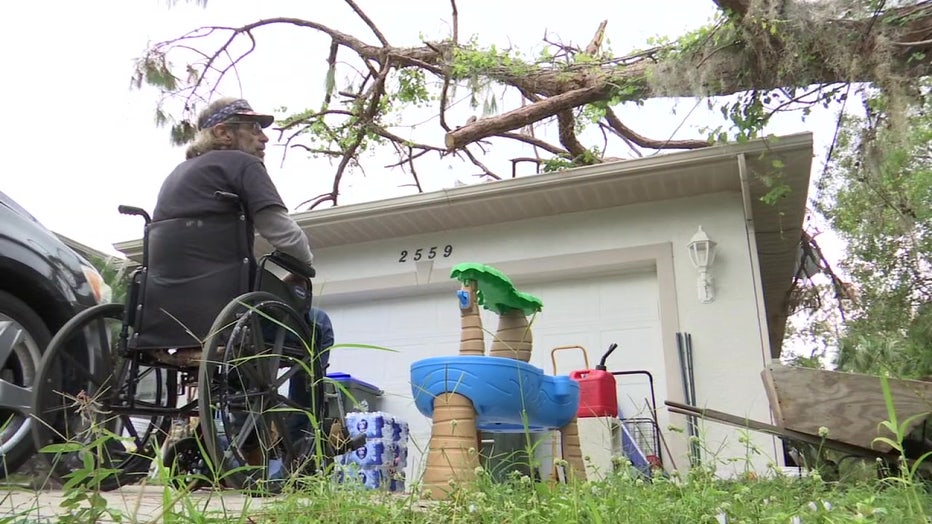 "I called them and they said he put in a request to the vegetation department and they denied it," Barna said.

Getting the tree off his house is near impossible for Steve to do on his own. He has Parkinson’s disease and needs a wheelchair to get around.

Steve’s son tried to put a board between the tree and the house, to keep it from falling further, but safety remains a big issue. 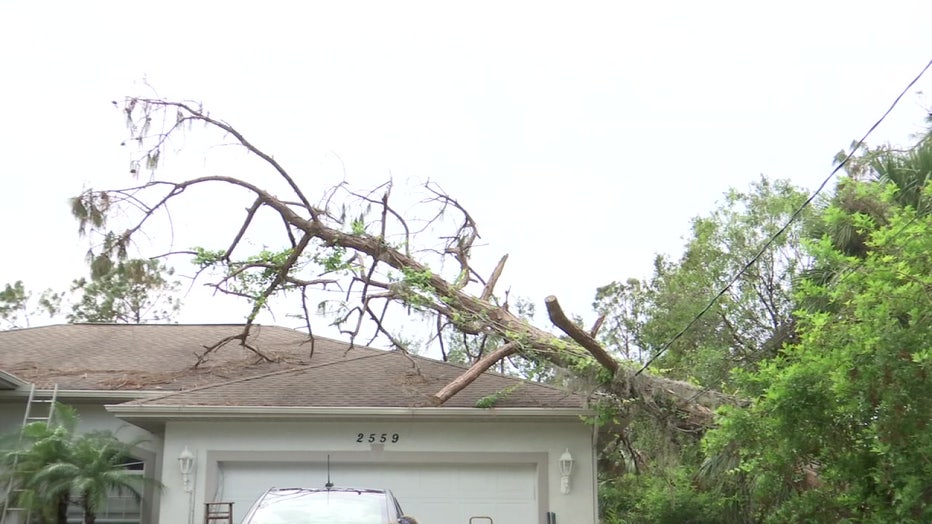 "How do I feel? Scared. I’ve got grandchildren. What happens if that drops and starts my roof on fire or if they come walking out and that tree decides to fall?" Barna wondered.

FPL crews inspected the downed tree and identified damage to customer-owned equipment that requires hiring a qualified line-clearing professional to safely clear the vegetation. While it is the customer’s responsibility to remove this vegetation, we are reaching out to local agencies to identify financial assistance programs the customer could benefit from, including FPL’s Care to Share program. Before a qualified line-clearing professional begins to safely clear the vegetation, we will work with the customer to have their power temporarily shut off – a free service that is available by calling FPL at 1-800-226-3545.

"No one has contacted me yet," Barna responded. "I wish somebody would help, because I’ve tried everything."